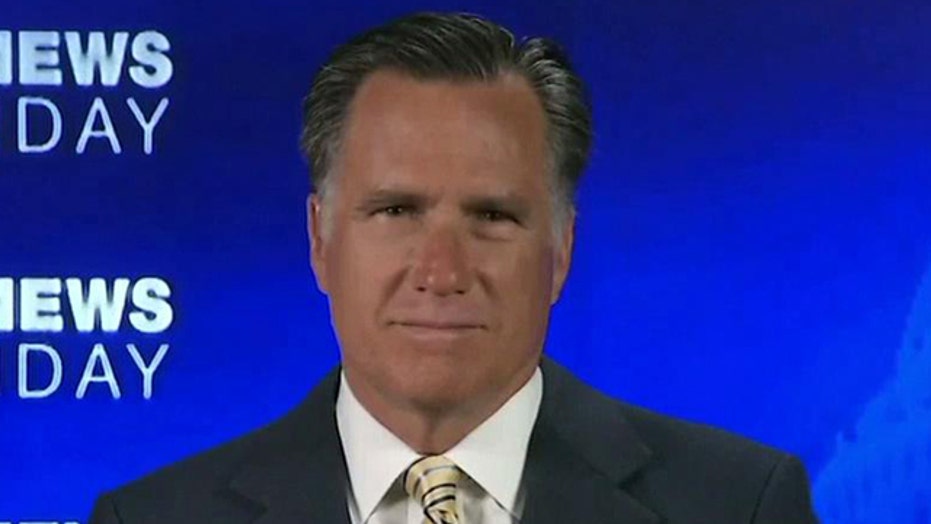 Mitt Romney on road ahead for ObamaCare, Olympic security

In a wide-ranging interview on “Fox News Sunday,” Romney repeatedly said his biggest issue with the Affordable Care Act, the president’s signature health care law, was that it didn’t allow Americans to keep their existing plan and forced some to pay for care they didn’t need.

“It’s not just the president telling people that they have to buy insurance,” he said. “He told them what do buy.”

Romney -- who as governor of Massachusetts from 2003 to 2007 signed into law a state-based government insurance plan -- said he vetoed a clause that would have forced residents to buy a “gold-plated” plan. And he argued 70-year-olds under ObamaCare should not have been forced to buy maternity or birth control care.

“That’s at the heart of the president’s deception,” Romney said.

He also said Massachusetts didn’t have an issue like the one now with religious groups objecting to the ObamaCare mandate for them to offer insurance that includes birth control.

However, such an issue could be more easily resolved in a state-based program, Romney argued.

Romney also told “Fox News Sunday” that he accepts the apology by MSNBC and host Melissa Harris-Perry for joking about his adopted black grandson last week.

“People make mistakes,” Romney said. “The people at MSNBC made a mistake and they apologized. … We hold no ill will whatsoever.”

On the international front, Romney suggested he didn’t agree with the direction in which Russian President Vladimir Putin is taking the country -- from his support of the Syrian regime, to harboring NSA contractor Edward Snowden and his treatment of homosexuals.

However, Romney -- who also ran the 2002 Winter Olympic Games in Salt Lake City, Utah -- expressed confidence the country could keep athletes and spectators safe from terror attacks during the upcoming 2014 Olympic Games, amid a few recent ones in Russia.

“My guess is the Russians have done a pretty good job,” Romney said.