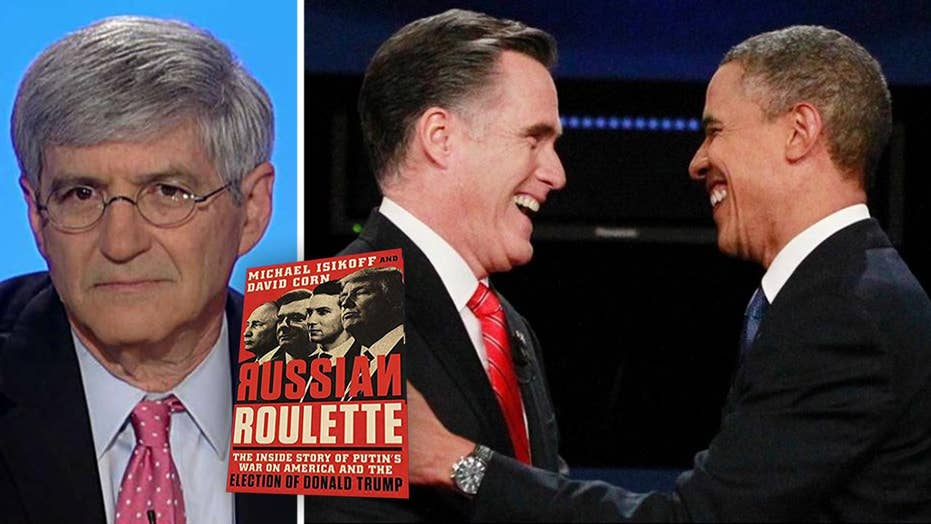 Fusion GPS is the opposition research firm behind the “Trump dossier,” which contained what former FBI Director James Comey described as "salacious" and "unverified" allegations about then-candidate Donald Trump. The dossier cited Russian sources who said Russia had information that compromised Trump.

The firm was retained by Marc Elias, an attorney representing both the Hillary Clinton 2016 campaign and the Democratic National Committee. It was then that Fusion GPS hired former British spy Christopher Steele to write the dossier.

House Republicans have claimed that the FBI used the dossier to get permission from the secret Foreign Intelligence Surveillance Act (FISA) court to eavesdrop on Trump campaign and transition team communications and hid the partisan political backing behind it. By doing so, they secured a FISA warrant for Trump aide Carter Page.

But “Russian Roulette:The Inside Story of Putin's War on America and Donald Trump’s Election" written by Yahoo’s Michael Isikoff and Mother Jones’ David Corn and published Tuesday, reports that that relationship between Democrats and Fusion goes back a lot further, to at least 2012.

“In 2012, Fusion GPS was hired to do opposition research on Mitt Romney for Barack Obama’s re-election campaign,” the book claims.

Isikoff was also behind an article in 2016 that reported on intelligence officials probing contacts between Page and the Kremlin.The House Intelligence Committee memo said that article was cited extensively in the initial FISA application.

According to the book, the 2012 Obama campaign’s payments to the group were never publicly disclosed. Instead it was reported as legal bills to the campaign’s law firm -- Perkins Coie.

Perkins Coie was Elias' firm, to which the Clinton campaign and DNC paid at least $9 million, and who retained Fusion GPS.

The Daily Caller, which first noted the passage in “Russian Roulette,” reports that Fusion GPS was paid just over $1 million for its research on Trump. The firm paid Steele just under $178,000 for his work on the dossier.