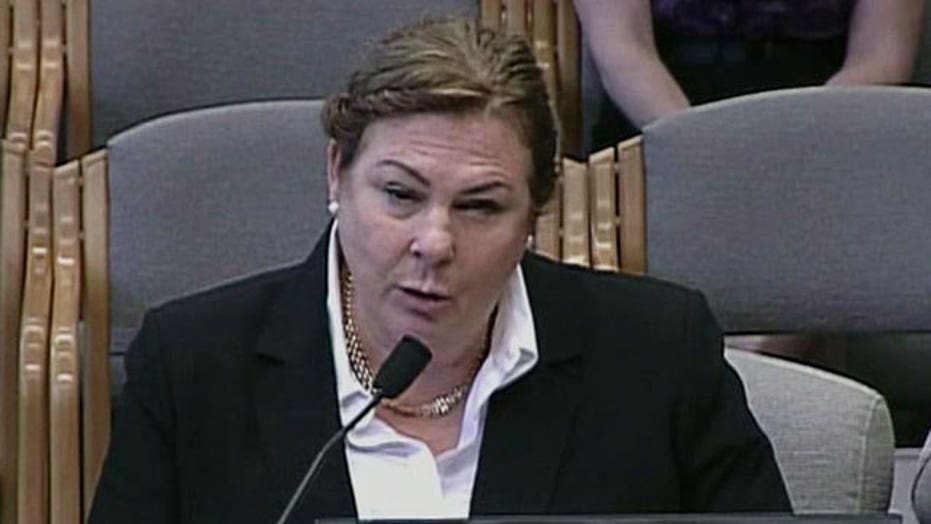 A political storm has erupted in Washington state involving a whistleblower who claims she was retaliated against after raising concerns about ObamaCare's implementation.

Patricia Petersen, a hearings officer in the state's Office of the Insurance Commissioner (OIC), filed a whistleblower complaint alleging coercion and corruption in the OIC, which is tasked with implementing the Affordable Care Act. She said Chief Deputy James Odiorne threatened her job if she didn’t rule the way Commissioner Mike Kreidler -- a supporter of the law -- wanted.

"If a judge is told by a party to decide his cases in a certain way, or one party can threaten the judge’s job if the case is not decided in that party’s favor, then this central pillar of our democratic society is corroded,” Petersen said at a recent hearing called by the Senate Law and Justice Committee.

Kreidler, speaking to Fox News in October 2013, said: “You’re going to find that their business plan needs to be altered in order to really be competitive in the marketplace, so they’re offering services at the most reasonable price.”

But after Petersen granted Seattle Children’s Hospital a hearing to appeal Kreidler’s decision, Odiorne wrote this in a job evaluation: “Since your orders are legally the acts of the Commissioner, they must be orders that he supports.”

“She has to be completely independent,” said Republican state Sen. Randi Becker. “She has to be able to make her decisions, her rulings, based upon law, not upon somebody’s desire.”

Petersen was then placed on paid leave and became the subject of an investigation for mailing a copy of her original complaint to an attorney who represents Seattle Children’s Hospital. She claims the "ex parte" communication was an inadvertent mistake.

But several Democrats say Petersen is wrong about her independence. She is a 28-year employee in the OIC and, according to some, is Kreidler’s designee.

“It’s his work,” said Democratic state Sen. Adam Kline. “She is sitting at his desk when this happens. And she is emphatically not an independent judge.”

The OIC website seems to contradict that claim. In the section on appealing the commissioner’s rulings, the department writes, “Administrative hearings are legal proceedings to review the commissioner’s action before an impartial judge.” It later states, “The decision of the Chief Presiding Officer becomes the final decision of the agency and is not subject to review by the Commissioner or any member of his staff.”

Paul Guppy, a senior policy analyst for the Washington Policy Center, a libertarian-leaning think tank, said the scandal is driven by support for a law that won’t work on its own to lower the cost of health care.

“As the Affordable Care Act is pushed in Washington state, more and more of these contradictions emerge, and this case is just one of them,” Guppy said.

The insurance commissioner declined Fox News' request for an interview, saying the office was conducting its own independent personnel investigation. The lawyer doing the probe was selected by his office.