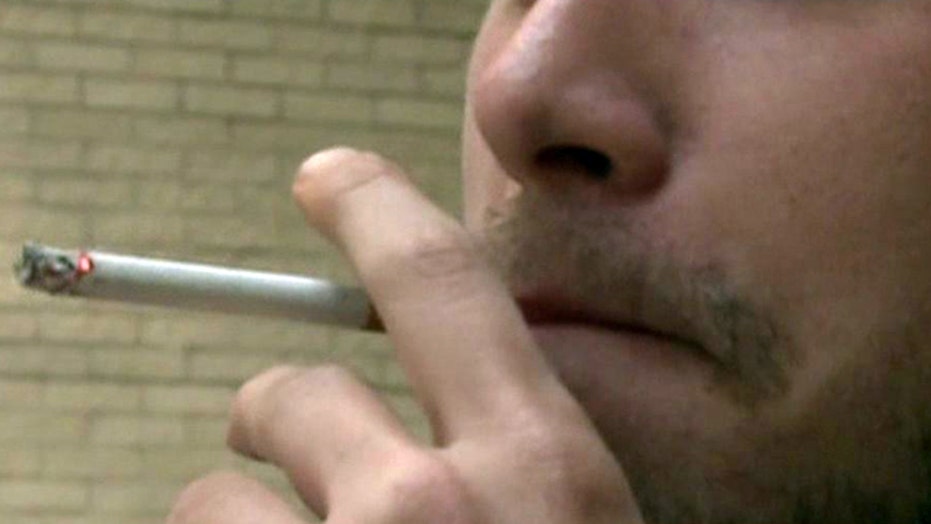 ObamaCare may have backfired in its goal of making smoking so expensive that users quit, public health experts say, as sky-high insurance premiums force smokers to drop coverage altogether and lose smoking cessation programs along with it.

"Tobacco surcharges are not proven to help tobacco users quit and there are major concerns that they will prevent people from getting health care coverage," the American Lung Association's Jennifer Singleterry said.

The ALA supports the Affordable Care Act, as does the American Cancer Society, but both oppose the tobacco penalty because they believe it makes insurance unaffordable for smokers.

Unlike drug addicts, alcoholics, or the obese -- all of whom represent higher-than-average medical costs -- smokers are the only such group with a pre-existing condition that ObamaCare penalizes. It allows insurance companies to charge smokers up to 50 percent more than non-smokers for an identical policy, depending on the state and any subsidies the person might qualify for.

For example, premiums for a 64-year-old non-smoker, according to the Kaiser Health Calculator, cost $9,000 a year for a standard "silver" insurance plan.

"I can't afford any insurance at that rate," smoker Don Hampson said. "I thought that was what ObamaCare was about, to stop all this."

Eleven states stepped in to prevent the surcharge, but a majority have not. In those, insurance providers will decide the surcharge.

But most concerning to public health advocates is the surcharge's effect on low-income earners, since federal subsides cannot be used to offset the penalty.

A study by nonpartisan Institute for Health Policy Solutions found some smokers could pay as much as 33 percent of their income in health care premiums, well in excess of what ObamaCare considers "affordable" health care.

3. In a worst-case scenario, an older couple who smokes could be "literally impoverished" by ObamaCare premiums, said the report. That couple could pay an $11,352 health care premium, or one-half their annual income of $23,000. By comparison, a non-smoking person over 59 years old would pay 90 percent less, or just $952 after federal subsidies.

"There are certainly cases where the insurance company is applying the maximum significant surcharge where someone could be paying a significant share of their income toward health insurance," said Larry Levitt, a Kaiser Family Foundation senior adviser.

Some smokers are feeling burned.

"Alcoholics, people who are terminally ill; I just feel like everybody should be treated equally," said Carmen McCullum, a smoker in Los Angeles.

Thirty-four percent of the lowest-income Americans smoke, compared with only 13 percent of those earning $90,000 or more per year. Those who designed ObamaCare imposed the surcharge hoping it would convince users to quit -- or price them out of the market. It also reflects the higher costs smokers present to insurers.

"There are competing goals here," Levitt said. "There's the goal of getting people insured and certainly the lower the cost of insurance, the more likely it is people will sign up. There's also the goal of allowing insurance companies to recover their cost of covering certain kinds of people and the smoking surcharge is one way of doing that."

However, some see smoking as an addiction, not a choice, and it is no different than any other pre-existing condition. Most state exchanges ask the question up front, "Are you a smoker?" Experts say users may try to lie, but insurers can file fraud charges if they learn a patient is lying.

Smokers may escape the penalty in the first year of ObamaCare thanks to another computer "glitch" in the federal website which can't seem to charge older smokers the proper amount. That, however, isn't necessarily true in all states.