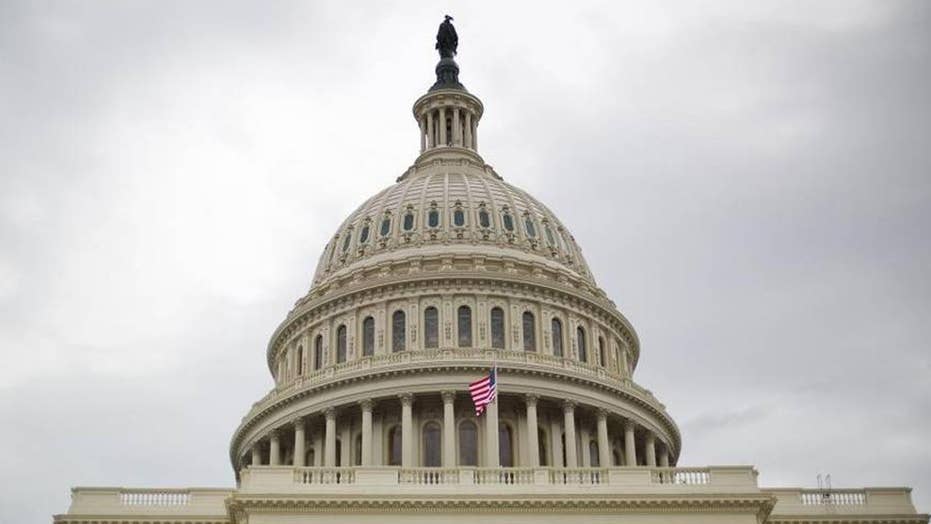 There’s an old joke from the Soviet Union that could help describe the current state of affairs on the GOP’s health care bill.

Soviet leaders Josef Stalin, Nikita Khrushchev and Leonid Brezhnev are aboard a train in Siberia. The train breaks down. Passengers ask Stalin what to do. Stalin executes the crew, hires a relief crew and gets the train going again. The train stalls again. This time, it’s up to Khrushchev. Khrushchev fires the train crew but pardons them. Khrushchev then brings in yet another crew to restart the train. The train breaks down a third time. So everyone turns to Brezhnev. His solution? “Pull down the window shades and pretend we’re moving.”

Are Republicans getting anywhere? Or are they pretending they’re moving?

The problem is that the House Republican health care bill suffers from pre-existing conditions. It harbors too many maladies to pass through the marble risk corridors of Capitol Hill.

The package doesn’t lower costs enough, increase coverage, provide better care and save the federal government money. Otherwise, a minimum of 216 Republicans (the threshold necessary to pass legislation with 431 current House members) would vote yea and the plan would sail through. But this patient is now on life support.

We’ve heard bromides from House Republicans and White House officials for weeks that the GOP is on the verge of advancing a retrenched health care bill. Senior White House officials suggested to Fox News a vote would come Wednesday. Sources indicated the House was only “five or six votes” shy of muscling the plan to passage.

“We’re making progress,” said House Speaker Paul Ryan, R-Wis. “The president has been nothing but helpful on health care.”

“That is a great question,” opined a senior GOP leadership aide.

The Republican leadership squad skated out of a morning press conference without saying when they could vote. Fox News buttonholed Scalise about where the whip count stood.

But if they had the votes, they’d pull the trigger. And Republicans were bleeding votes.

GOP congressional sources expressed concern about White House predictions of when the House may vote. They were exasperated with administration officials who leaked what is supposedly the vote tally.

“You don’t announce a whip count. You just don’t,” said a source.

The whip count is an extremely closely held figure. In many instances, just the whip along with a few key staffers and certain members actually know the true number. Several sources on Capitol Hill openly contested that the vote count was as close as administration figures let on.

“They just don’t know,” said one congressional source of the White House.

Republican leadership sources point out that they need more than a margin of one vote to win. They need several. No one wants to portray a given lawmaker as the one who cast the “deciding vote” to repeal and replace ObamaCare. You always need a cushion of a few votes. In addition, the leadership needs a couple of “in case emergency, break glass” votes, too. Such members would stand by during the vote and not cast a ballot. If Republicans have the votes to pass the bill, the whip would “release” these members to vote their conscience. If they’re short, the whip would ask those members to vote yea to lug the plan across the finish line.

Tracking undecided members could be an even more intriguing enterprise now than watching those who are noes. Lots of undecideds are moderate Republicans who represent battleground districts. A vote for the bill could make them vulnerable in the 2018 midterm elections, imperiling the Republican majority. Many of these Republicans don’t want to weigh-in at all. If the leadership calls the vote, they’re on the record, one way or the other. They secretly hope the GOP never schedules a vote. That way, they don’t have to declare their position.

GOP leaders are relentless in their pursuit. Perhaps fear of a second, brutal defeat clouds their judgment as they optimistically predict that success is just a handful of votes away. Health care was supposed to be the easiest venture of the year. Congress faces daunting challenges ahead to reform the tax code and raise the debt ceiling.

However, Ryan should find solace in one realm. The speaker may not have to fight to keep the government operating in September. The president tweeted about the merits of a shutdown Tuesday morning.

Everything is barreling toward Thursday, a make-or-break day for the bill. House Republicans already scheduled a members-only conference Thursday morning.

Could they vote even if they’re not sure of the outcome?

Certainly. But as they say in the movies, “You play a dangerous game, Mr. Bond.”

And then there is North Korea.

Pray tell, what does a bill that increases sanctions again North Korea have to do with health care? Everything. The House debated the widely bipartisan measure Tuesday. But no vote is likely until Thursday. Why? A vote on this measure could serve one of several purposes. First, it gives Republicans a major vote on a big issue right before a recess if they never try on health care. Republicans could also use the North Korea bill as a “bedcheck” vote. Almost everyone one on both sides of the aisle wants to vote to get tough with North Korea. Attendance for that vote would be high. As such, the GOP gets a good snapshot of precisely how many members are present from both sides of the aisle. That helps leaders predict how many votes they need to pass the health care package.

“I have no clue what we are going to do,” replied Sessions.

And neither does anyone else.