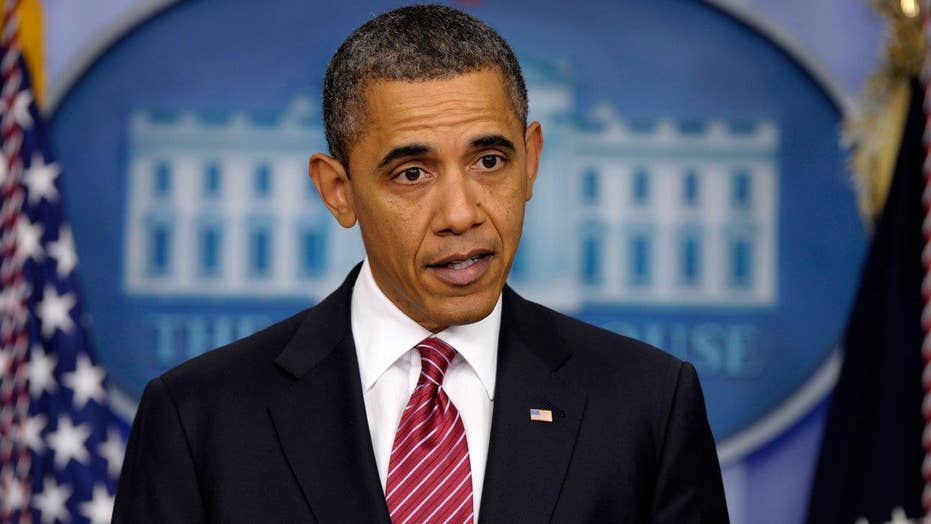 "That's not our job,” McDonough said on NBC’s “Meet the Press.” “That's the job of the party to make those decisions and then they'll take a look at the agendas and the positions of those candidates."

McDonough said that Obama, in the final 11 months of his presidency, will wait until voters pick a nominee, as he has in the past.

“When the nominee will be set, then the president will be out there," McDonough said.

The president has recently suggested that he will nevertheless get involved in 2016 Senate races in which gun control is an issue, following his recently announced plans to tighten federal gun laws through a series of executive orders that side-step Congress.

Obama’s decision not to issue an endorsement, however, has
some precedent among recent two-term presidents.

George W. Bush didn’t endorse his party’s nominee in 2008 until March 5, by which point Sen. John McCain, R-Ariz., had just about locked up the bid.

Ronald Reagan didn’t endorse his sitting Vice President, George H. W. Bush, as the Republican nominee until May 1988. Reagan said he wanted to wait until the outcome of the nomination race was clear.

Bill Clinton was the only two-termer in the past 30 years to break with the tradition. He endorsed his sitting vice president, Al Gore, in December 1999.