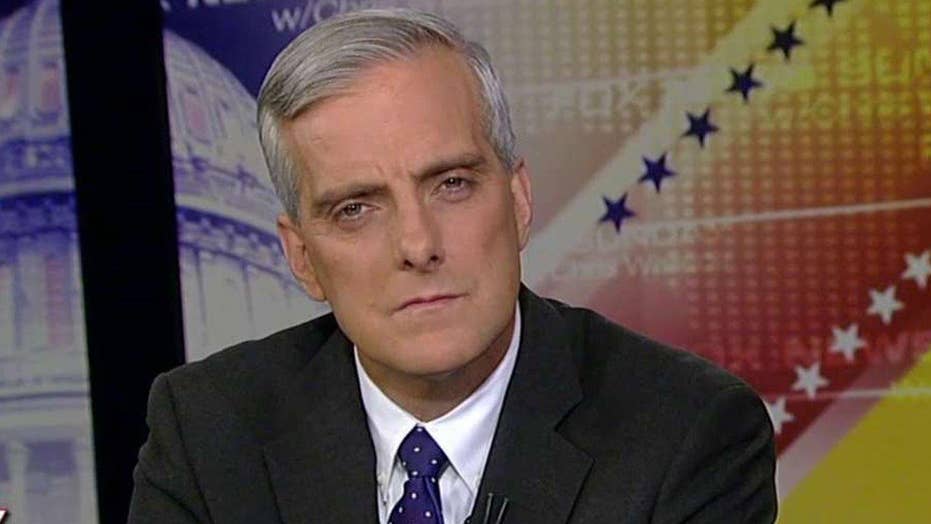 White House Chief of Staff Denis McDonough on Sunday vowed that President Obama will close the Guantanamo Bay detainee facility before his presidency ends in 11 months.

“He feels an obligation to his successor to close that, and that’s why we’re going to do it,” McDonough said on “Fox News Sunday.” “Sure we are.”

However, McDonough declined to answer whether Obama would use his White House powers to sidestep Congress and close the facility.

“The president just said he’s going to present a plan to Congress and work with Congress and then we’ll make some final determination,” McDonough said.

Obama has promised since the start of his presidency seven years ago that he would close the facility -- opened in the aftermath of 9/11 to get suspected terrorists off the battlefield.

The president has argued the facility has outlived its usefulness, including being too costly to keep open, an argument McDonough repeated on Sunday.

Congressional Republicans have led efforts to keep open the facility and stop the administration from releasing the detainees to Middle East countries, for fear they will return to terrorism.

Republicans and others are concerned that Obama will use executive orders to close the facility, on a U.S. Naval base, on Guantanamo Bay, Cuba, like he tried to do with immigration and now with gun control issues when Congress has blocked his efforts.

“I’m not an ‘if when’ guy,” McDonough said when asked Sunday whether Obama will try the same tactic with Guantanamo. “I said we’re going to close it. (Obama) just said he’s going to present a plan to Congress to do that.”