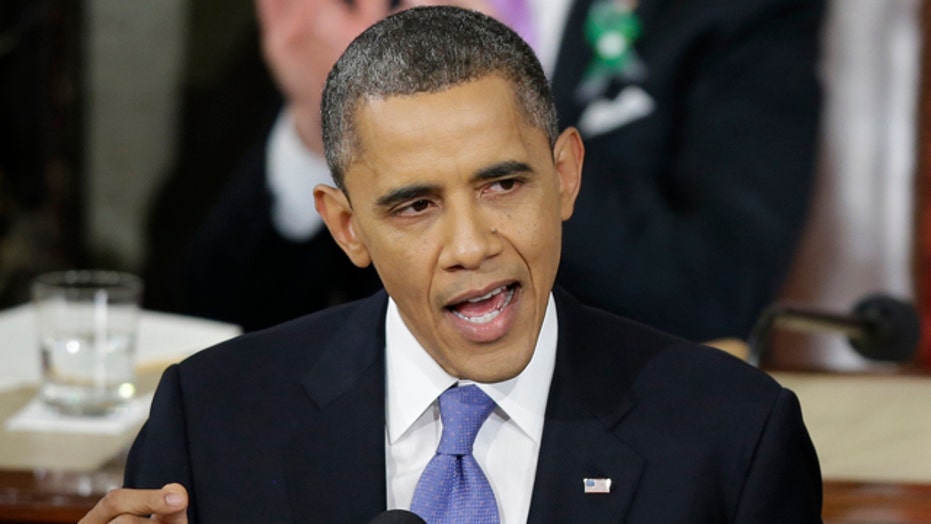 President Obama is expected in his annual address Tuesday to detail what he calls “practical” proposals to advance the country in 2014, including ones to address "income inequality" and the nation’s immigration system.

But Obama will also make clear his intentions to use his executive powers to achieve his goals when Congress fails to pass legislation.

Obama, in an effort to avoid the appearance of being a lame duck president, is also expected in his State of the Union address to press Congress to extend long-term unemployment benefits and to assure Americans that they are better off with ObamaCare, despite a rocky start to the website rollout.

White House Press Secretary Jay Carney told ABC’s “This Week” that 2014 will be an “action year” and that the president’s signature health care law is a success -- “expanding access to quality and affordable health insurance to millions of Americans and reducing the growth in health care costs.”

Still, the president will have to convince Americans, considering a recent ABC poll shows that 59 percent of them disapprove of how ObamaCare has been implemented, and to counter Republicans’ midterm election strategy of singling out and defeating Democrats who backed the law. A Fox News poll last week also showed 59 percent of voters surveyed oppose the law itself, a record high.

"If all [Obama] has to offer is more of the same, or if he refuses to acknowledge that his own policies have failed to work, the president is simply doing what many failed leaders have done before him: trying to set one group of Americans against another group of Americans," Sen. Roy Blunt, R-Mo., said Saturday.

He also suggested the 2014 GOP agenda will continue to include efforts to replace ObamaCare, which he called “a law that's fundamentally flawed.”

Sen. Rand Paul, R-Ky., told CNN’s “State of the Union” that the White House’s vow to use executive power “sounds vaguely like a threat.”

“And I think it also has a certain amount of arrogance," he added.

A lot is riding on the president’s prime time remarks this year, expected to be seen by roughly 30 million TV viewers.

He has little time to reach his goals, considering members of Congress are in part already focused on their campaigns outside of Washington. And Republicans are looking to wrest control of the Senate and keep their majority in the House.

Obama is expected to once again push for an increase in the federal minimum wage, part of his larger plan to close the country's income-inequality gap.

The White House is backing a Democratic congressional proposal to raise the minimum wage to $10.10 over three years and index it to inflation thereafter.

He is also expected to try again to get free pre kindergarten for all 4-year-olds and call attention to bipartisan legislation that would reduce criminal penalties for some drug offenders.