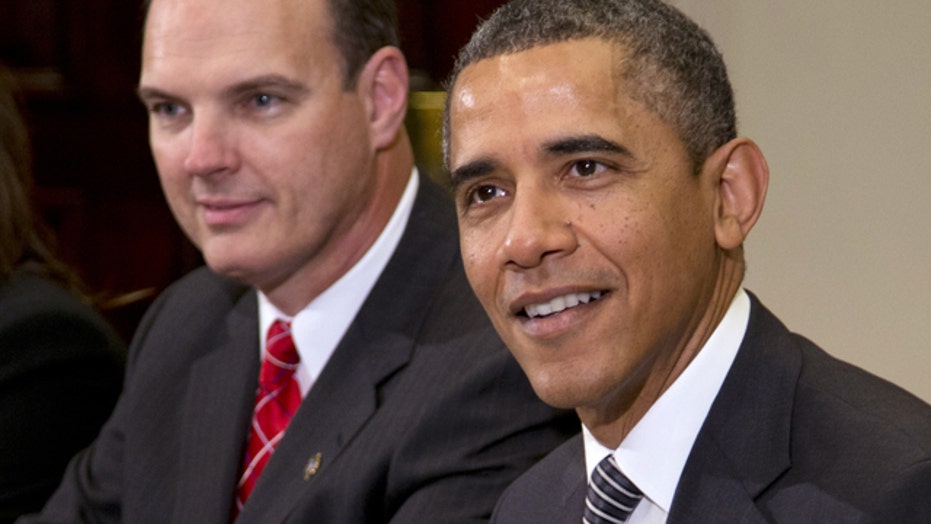 President Obama, who as a candidate once claimed some voters "cling" to guns and religion and has launched a renewed push for an assault-weapons ban, revealed a curious factoid in an interview with The New Republic -- he's an avid skeet shooter, apparently.

"Up at Camp David, we do skeet shooting all the time," Obama said.

The president was responding to a common question asked to gun-control advocates: "Have you ever fired a gun?"

Obama revealed his skeet-shooting interest -- something that he has not mentioned before -- and went on to defend America's hunting tradition.

"Part of being able to move this forward is understanding the reality of guns in urban areas are very different from the realities of guns in rural areas," Obama said. "And if you grew up and your dad gave you a hunting rifle when you were 10, and you went out and spent the day with him and your uncles, and that became part of your family's traditions, you can see why you'd be pretty protective of that."

The president made clear that the women of the Obama family do not go skeet shooting with him.

"Not the girls, but oftentimes guests of mine go up there," Obama said in the interview. "And I have a profound respect for the traditions of hunting that trace back in this country for generations. And I think those who dismiss that out of hand make a big mistake."

"He does go to Camp David with some regularity," Carney said.

Obama and congressional Democrats have tried to insist that their push for gun-control legislation would respect the rights of hunters and sportsmen.

Shotguns, which are typically used in skeet shooting, would be largely exempt from a renewed assault-weapons ban.

Obama said in the interview he wants to "bridge" gaps between the two sides in the debate in the months ahead.

"And that means that advocates of gun control have to do a little more listening than they do sometimes," he said.

The National Rifle Association and a number of Republican lawmakers have already lined up against the Feinstein bill, claiming the last assault-weapons ban did little to curb violent crime.

"The American people know gun bans do not work and we are confident Congress will reject Senator Feinstein's wrong-headed approach," an NRA spokesman said last week.