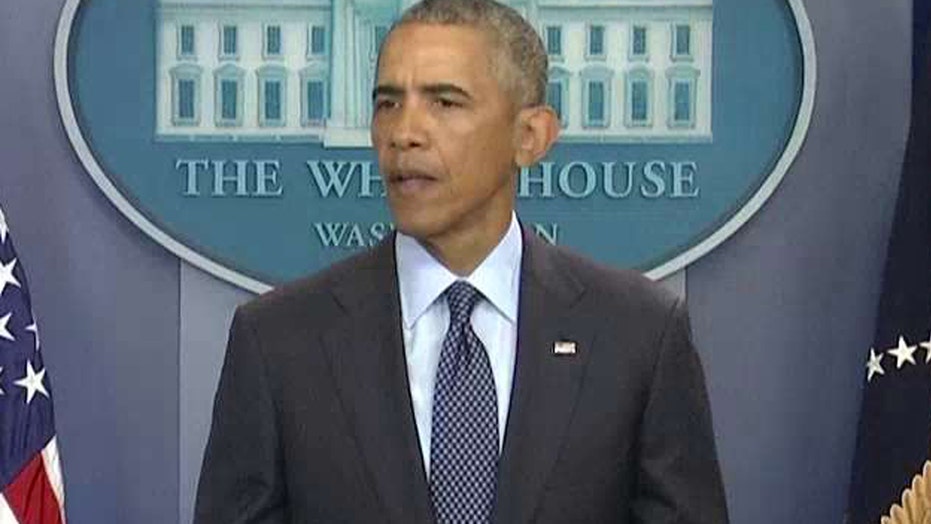 Obama: Orlando attack an act of terror and hate

President condemns nightclub mass shooting, says US stands united to protect nation against those who threaten the country

President Obama said Sunday the Orlando nightclub massacre is being investigated as an “act of terror,” but declined to mention whether it was related to radical Islam, amid such mounting evidence, and argued the attack was another example of too many available guns in the country.

“We know enough to say this was an act of terror and an act of hate,” Obama said from the White House Briefing Room. “As Americans we are outraged.”

The president said the FBI is leading the investigation and that it’s “still too early to say” what might have been the shooter’s motivation in the open investigation.

However, he said investigators will “spare no effort to find the association this killer might have had with terror groups.”

The suspect has been identified as Omar Mir Seddique Mateen, 29, of Fort Pierce, Fla., whom congressional leaders said Sunday appeared to have ties to the Islamic State terror group.

The attack is the deadliest mass shooting in U.S. history.

Obama, who has tried over his two terms to tighten gun laws, said the nightclub shooting, in which 50 people were killed and 53 others wounded, “reminds us how easy it is for someone to get their hands on a weapon."

The president thanks the first-responders and pointed out that the fatal shootings occurred in a gay nightclub, which was called a “place of solidarity” of the LBGT community.

“In the coming days, we will uncover why this happened,” Obama said. “In the face of hate and violence, we will love one another.”