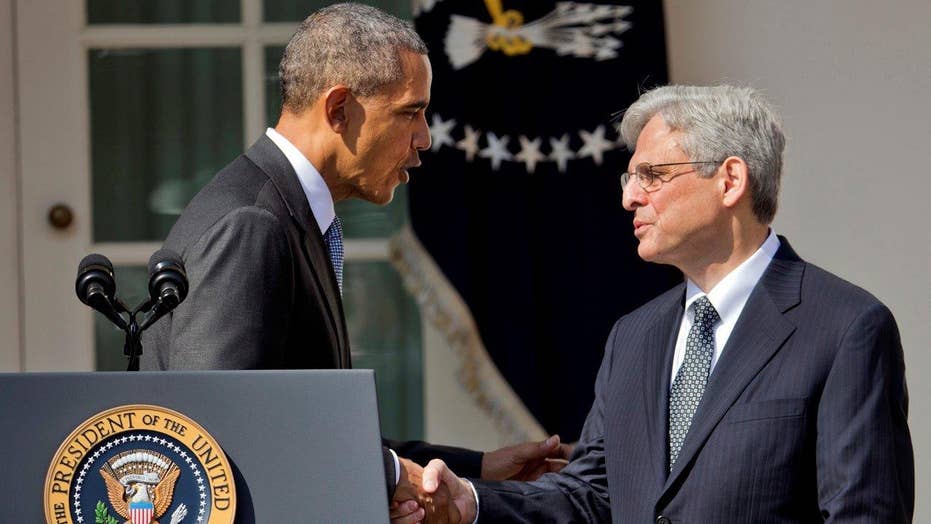 President Obama, in nominating for the Supreme Court vacancy a judge who despite a largely liberal record has won praise from both sides of the aisle, attempted Wednesday to up the pressure on Senate Republicans who say they won’t consider any nominee in an election year.

Merrick Garland, 63, chief judge on the D.C. appeals court, has long been on Obama's political radar -- considered for each of the three Supreme Court nomination opportunities of his term, and receiving incrementally more serious attention each time.

At the Wednesday Rose Garden announcement ceremony, Garland called the nomination the greatest opportunity in his life, a "gift."

Given the political buzz-saw that awaits – Sen. John Cornyn, R-Texas, recently quipped that the nominee would be a political "piñata" – it may be something he ultimately wishes he could return.

But Obama clearly was trying to put Republicans in a tight spot, by avoiding a more controversial pick. Obama allies suggest this was by design.

"Judge Garland is the best political pick the president could make in this unique environment we're in," said one former administration lawyer with knowledge of the confirmation process, emphasizing the word "political."

"And I don't mean that in a bad way. [Justice Antonin] Scalia's unexpected death in an election year really changed the rules for choosing someone for this court," the source added.

Some of the president's supporters expressed mild disappointment he did not make history and name the first Asian-American to the court. Sources close to the selection process tell Fox News the decision came down to Garland and Sri Srinivasan, who was born in India and raised in Kansas. Both are colleagues on the D.C. federal appeals court.

But allies still cast Garland as a consensus-building nominee.

"In this moment President Obama was facing a very difficult choice," said Elizabeth Wydra, president of the Constitutional Accountability Center. But by choosing Garland, "That's a pretty smart move on the president's part, and it makes it pretty hard for Republicans to continue their hard line that they won’t even meet with this nominee, and we're already seeing some cracks in that position."

Whether the president’s gambit works remains to be seen.

At the top, Senate Republican leaders still are vowing to not consider Garland’s nomination.

Senate Majority Leader Mitch McConnell’s office said he spoke with Garland by phone Wednesday afternoon, but reiterated that the Senate “will not be acting” on the nomination. His office said McConnell still has no plans to hold a “perfunctory meeting” with Garland.

Other GOP senators signaled, though, they might at least meet with the nominee, including Sens. Susan Collins, R-Maine; James Inhofe, R-Okla.; and Jeff Flake, R-Ariz.

Garland has won Republican praise before, including from Sen. Orrin Hatch, R-Utah, who called him a “consensus nominee” in 2010.

"There's no way this president would nominate someone to the Supreme Court who he wasn't confident of joining those four extremely liberal judges we already have on the Supreme Court," said Carrie Severino, chief counsel of the Judicial Crisis Network. "That would make an unassailable five-justice majority for a laundry list of issues."

Legal advocacy groups have begun scouring Garland's 19-year record on the appeals court, which handles a range of hot-button issues, especially dealing with the statutory limits of Congress and the constitutional limits of the president.

His judicial record is reliably liberal, but on some issues Garland sided with more conservative colleagues -- a dynamic similar to what he would face on the current divided 4-4 liberal-conservative majority of the high court.

Among the higher-profile cases he has decided:

Environment (Rancho Viejo v. Norton, 2003): Parted ways with Roberts by refusing to rehear a case over federal protection for the rare arroyo toad, and sided against a California developer who challenged the Endangered Species Act.

Electronic privacy (ACLU v. U.S. Department of Justice, 2011): Concluded information about how and when the government gathers and uses cell phone location data to track certain criminal suspects should be made available to the public.

Garland’s friends privately say he is fully aware of the obstacles in front of him.

In his White House remarks, the Chicago native made a point to mention his work prosecuting the Oklahoma City bombing case, which included briefing the families of victims about the legal process that would unfold in the federal courts.

He also said: "People must be confident that a judge's decisions are determined by the law and only the law. … For a judge to be worthy of such trust, he or she must be faithful to the Constitution and to the statutes passed by the Congress." 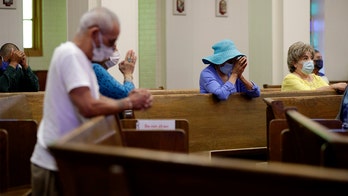