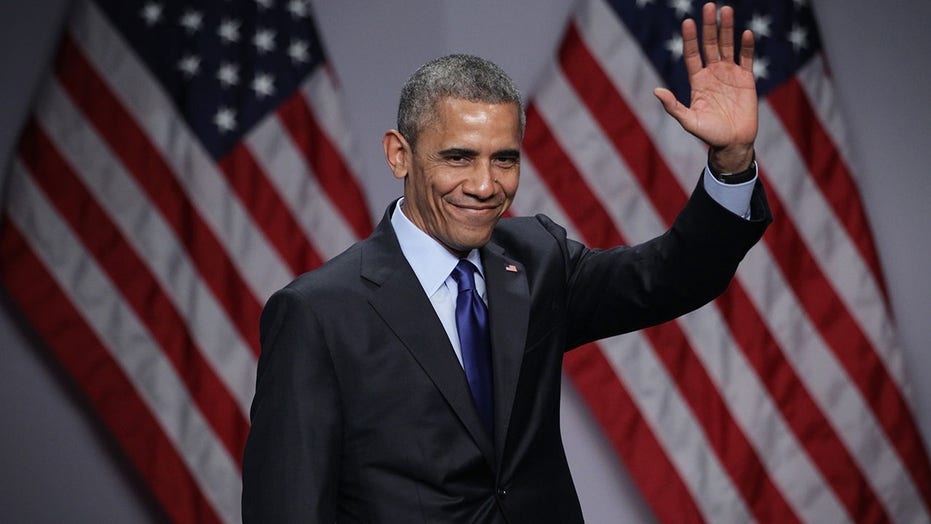 Former President Obama, who has spent the Christmas holiday with his family in his native Hawaii, was spotted paddleboarding in the Pacific this week.

The 44th president fell off the board a few times, but continued to paddle on, TMZ reported.

The Obamas have been staying in Oahu since Dec. 16. Their daughters Sasha and Malia visited for Christmas, but have since returned to the U.S. mainland, Hawaii News Now reported.

Obama has also been spotted golfing on the island.

The former president posted Christmas and New Year’s messages on Twitter but has not forayed into politics recently.

Notably, he has not commented on the U.S. airstrike early Friday morning that killed Iranian Gen. Qassem Soleimani, which some Democrats have called a “declaration of war.”

At a private event in Singapore last month, however, Obama said, "I'm absolutely confident that for two years if every nation on Earth was run by women, you would see a significant improvement across the board on just about everything ... living standards and outcomes," BBC News reported.

Obama was born in Honolulu in 1961 and also spent some of his childhood in Indonesia.

The Obamas currently live in Washington, D.C., and reportedly purchased a home recently on Martha's Vineyard in Massachusetts for $11.75 million.