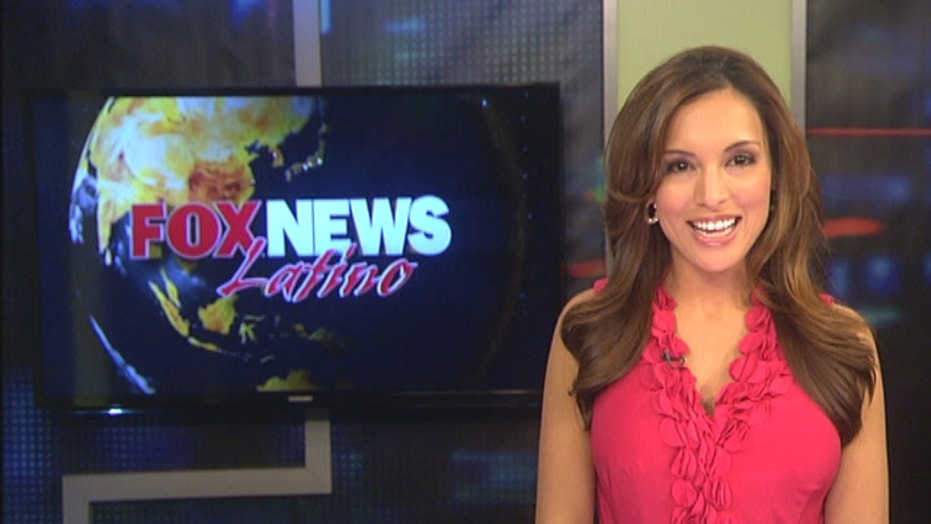 Inauguration: 'This is Your Moment'

Speaking to Latinos, Vice President Joe Biden said the inauguration is 'your moment' and 'America owes you.'

"This is your moment. America owes you."

Vice President Joe Biden spoke to a star-studded concert celebrating Latino culture over the weekend, thanking the community for their 'decisive' support of President Obama during the election, ahead of the presidential inauguration.

Biden and his family appeared onstage, drawing big cheers, to help open the show. He thanked Latinos for their support in last year's election.

One thing that happened in this election, you spoke. You spoke in a way that the world, and I mean the world, as well as the United States, could not fail to hear. This is your moment. America owes you.

Biden said something profound happened with the enormous Latino support for Obama, and he said the Latino community underestimates its power.

"One thing that happened in this election, you spoke. You spoke in a way that the world, and I mean the world, as well as the United States, could not fail to hear," Biden said, calling the Latino vote decisive.

Feliciano opened the show by singing the national anthem.

"Our united voice got us all here tonight and got the best man for the job in the White House," Anthony said.

A children's choir from San Juan, Puerto Rico, closed out the show, singing "This Land is Your Land." They were joined by a larger Latino choir, including Hispanic members of the U.S. military, in singing "America the Beautiful."

Earlier Sunday, Justice Sonia Sotomayor, an Obama appointee who is the first Hispanic justice on the highest court, administered the oath of office to Biden. And Richard Blanco, a son of Cuban exiles, served as Obama's inauguration poet.

Latinos have a distinct presence at this inauguration after raising funds and turning out the vote for Obama in the 2012 election. They voted 7 to 1 for Obama over his challenger, Republican Mitt Romney, whose Hispanic support was less than any other presidential candidate in 16 years. Analysts said Romney's hardline stance on immigration was a factor.

San Antonio philanthropist and business leader Henry Munoz III, who coordinated the Latino inauguration event with Longoria and other Obama supporters, said this is a special moment when the Latino community is positioned to take an expanded role in shaping the country's future.

"Without question, the presidential election of 2012 proves that Latinos are perhaps the most important influence from this point forward in the election of the president of the United States," Munoz said. "It's important that the leadership in Washington view us not as a narrow interest group but as a vibrant political force" that carries not just votes, but influence and financial resources.

Organizers planned a series of talks, dinners and events ahead of the inauguration to keep people talking about issues that matter to Latinos, from immigration reform to building a Latino history museum on the National Mall.

Munoz led a presidential commission that called on Congress in 2011 to authorize such a museum within the Smithsonian Institution, but Congress has not yet passed such a bill.

Munoz said it's important to keep Latinos engaged through the inauguration and beyond.

"Our work is not done. It doesn't end," he said. "We have a tendency to look at this phenomenon as ending on Election Day, when the reality is now it's time to get to work."

Longoria said this is her first inauguration. She has taken on a new role as political advocate since her days on "Desperate Housewives," pushing for a Latino history museum in Washington and raising funds for Obama's re-election.

Even though this is Obama's second inauguration, Longoria said there is still much to celebrate, including Sotomayor's role swearing in the vice president.

"There's something special about seeing a president recommit himself to the people of this great nation," she said before the show.

Longoria said she hopes to help influence policies, including immigration reform, and hopes Obama will make that his top priority as an economic issue. She called the Latino fundraising effort for the president a historic turning point.

"I think we have a permanent seat at the table, and now we're going to be able to have influence on what affects our communities," Longoria said. "I take civic responsibility very seriously, and I want to do what I can to help my country."