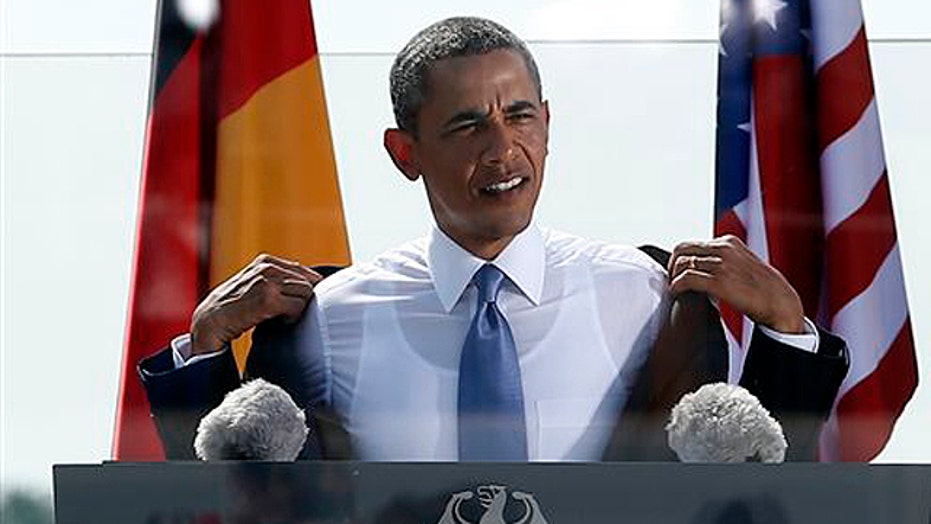 President Obama said Saturday that scientists must design new fuels and energy sources to curb carbon pollution, part of a larger plan that he will announce next week that is expected to include efforts to regulate emissions from coal-fired power plants.

The president says in an online video that his plan includes preparing the United States for the effects of such pollution, which has been connected to climate change, and leading other nations in such efforts.

The new details and the Environmental Protection Agency-led plan for coal-firing plants, under the Clean Air Act, comes as no surprise, considering what Obama said in 2008 while running for this first term.

“If someone wants to build a new coal-fired power plant they can, but it will bankrupt them because they will be charged a huge sum for all the greenhouse gas that's being emitted," he said.

Obama also says in the video that no single step can reverse climate change and that workers must prepare for a clean energy economy.

White House aides have suggested the plan, to be announced at Georgetown University, in Washington, D.C., will include calls for renewable energy and energy-efficient appliances and buildings.

“In my inaugural address, I pledged that America would respond to the growing threat of climate change for the sake of our children and future generations,” the president says in the video. “This Tuesday, I’ll lay out my vision for where I believe we need to go -- a national plan to reduce carbon pollution, prepare our country for the impacts of climate change, and lead global efforts to fight it.”

Environmental groups have for months been pushing Obama to make good on a threat he issued to lawmakers in February in his State of the Union address: "If Congress won't act soon to protect future generations, I will." Obama's move to take the matter into his own hands appears to reflect a growing consensus that opposition in Congress is too powerful for any meaningful, sweeping climate legislation to pass anytime soon.

"They shouldn't wait for Congress to act, because they'll be out of office by the time that Congress gets its act together," Rep. Henry Waxman, the top Democrat on the House Energy and Commerce Committee, said in an interview.

Another key issue hanging over the announcement — but unlikely to be mentioned on Tuesday — is Keystone XL, a pipeline that would carry oil extracted from tar sands in western Canada to refineries along the Texas Gulf Coast. A concerted campaign by environmental activists to persuade Obama to nix the pipeline appears to be an uphill battle. The White House insists the State Department is making the decision independently.

Obama's speech on Tuesday will come the day before he leaves for a weeklong trip to three African nations.