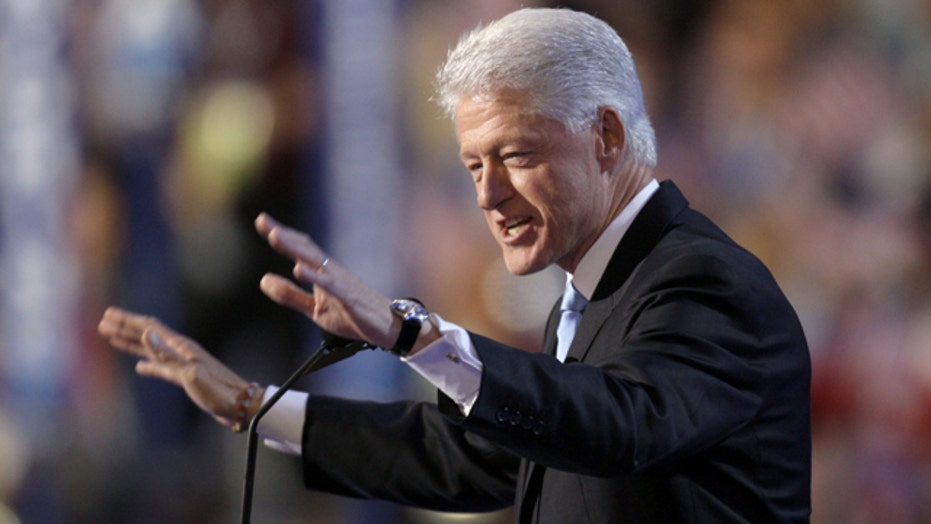 Josh Gottheimer on 'Studio B'

That aura of unpredictability certainly has been a factor in the former president's appeal -- even now, more than 11 years after leaving the White House -- and his ability to go off message has caused some headaches for President Obama's re-election campaign.

But the prominent endorsement is also seen as necessary for Obama, and campaign aides told Fox News that Clinton, as of Wednesday morning, was still "working closely" with Obama's advisers on the nomination speech.

The campaign aides said the speech will rebut charges by Mitt Romney and Paul Ryan that the president has gutted welfare reforms enacted during the Clinton era. And the former president, much like he did in a recent Obama campaign ad, also is expected to praise the current president's decision-making abilities on the economy.

Brief excerpts of Clinton's speech released in advance by the Obama campaign show the former president plans to accuse Republicans of leaving Obama with "a total mess" while saying Obama "put a floor under the crash, began the long hard road to recovery."

"The most imortant question is, what kind of country do you want to live in," Clinton is expected to say. "If you want a you're-on-your-own, winner-take-all society, you should support the Republican ticket. If you want a country of shared prosperity and shared responsibility -- a we're-all-in-this-together society -- you should vote for Barack Obama and Joe Biden.”

Obama, too, is expected to attend the speech.

San Francisco-based Democratic pollster Ben Tulchin said earlier Wednesday that Clinton is a master at this kind of event.

“He lives for this kind of stuff, said Tulchin, , in town for the convention. "The reason Clinton has gotten elected and re-elected is he provides a compelling and powerful narrative for Democrats about the need to help the middle class.”

While the Obama campaign is counting on Clinton to energize an expected standing-room-only crowd at the Time Warner Cable Arena, Clinton has on occasion either upstaged Obama or strayed from the campaign message.

Over the past five months, he has called Romney’s business career “sterling” and suggested that all the Bush-era tax cuts be extended. Obama and congressional Democrats say taxes should be allowed to rise for the country's top 2 percent of earners.

The speech will be Clinton’s seventh at a Democratic national convention in the past 25 years.

Just four years ago, Clinton’s wife, Hillary Clinton, was battling Obama for the party nomination, and the former president was among Obama's toughest critics.

Now, Hillary Clinton is Obama's secretary of state, and Obama Democrats need the former president’s star power and fundraising prowess as much as Clinton, who clearly still enjoys the spotlight, needs the party.

Still, Washington has become far more polarized since Clinton left in 2001, which presents a tough challenge for a politician committed to consensus and bipartisan agreement trying to deliver a speech in the 2012 political world.

“We now live in a time where bases of the two parties are highly polarized,” Bayh told Fox News.