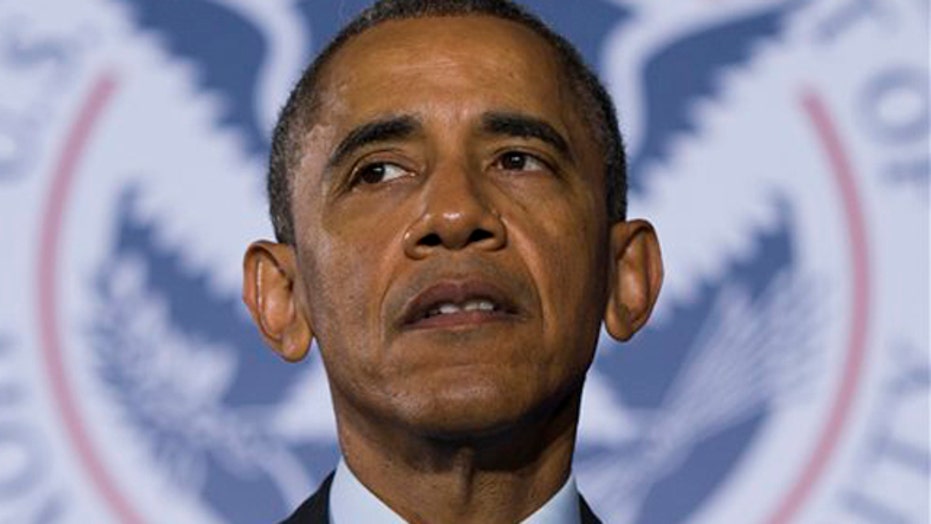 New showdown looms on Capitol Hill over your tax dollars

President Obama has packed more than 20 new tax increases into his proposed 2016 budget, which Republicans roundly blasted Monday as a tax-and-spend agenda that won't get their support.

Together, the tax increases total more than $2 trillion over the next decade. The president plans to use much of that to fund new middle-class tax cuts, as well as ambitious spending programs for highway construction, education benefits and more.

The biggest money-maker for the federal government would be a change allowing top earners to take tax deductions at the 28 percent rate, even if their income is taxed at the top 39.6 percent rate. This is projected to bring in $603.2 billion in revenue over the next 10 years.

In addition, top earners would see an increase in capital gains rates -- to 28 percent, up from the current 24.2 percent rate. The change would raise nearly $208 billion.

The budget plan, while gearing tax hikes toward the wealthy and tax benefits toward the middle class, wouldn't exclusively hit the top tier. It would also hit smokers of all kinds, who under the president's plan would see the per-pack tax rise from $1.01 to $1.95, bringing in an additional $95 billion in revenue.

In a message accompanying the massive budget books, Obama said his proposals are "practical, not partisan." But even before the books were delivered, Republicans found plenty to criticize.

"The president is advocating more spending, more taxes and more debt," said House Speaker John Boehner. "A proposal that never balances is not a serious plan for America's fiscal future."

Boehner and other GOP leaders said that the budget they produce this spring will achieve balance within 10 years, curb the explosive growth of government benefit programs and reform the loophole-cluttered tax code.

Of Obama's $4 trillion proposal, Boehner said: "Like the president's previous budgets, this plan never balances -- ever."

The budget shows a $474 billion deficit for fiscal 2016. Obama's budget plan never reaches balance over the next decade and projects the deficit would rise to $687 billion in 2025. Administration officials say their goal is to hold the deficit to a small percentage of the total U.S. economy -- but not necessarily to eliminate it.

"President Obama promised in the State of the Union to deliver a budget filled with 'ideas that are practical, not partisan.' Unfortunately, what we saw this morning was another top-down, backward-looking document that caters to powerful political bosses on the Left and never balances-ever," Senate Majority Leader Mitch McConnell, R-Ky., said in a statement. "We're asking the President to abandon the tax-and-spend ways of yesterday and join us in this practical and future-oriented approach."

As part of his budget, Obama is proposing a six-year, $478 billion public-works program for highway, bridge and transit upgrades, with half of it to be financed with the one-time, 14 percent tax on U.S. companies' overseas profits.

The tax would be due immediately. Under current law, those profits are subject only to federal taxes if they are returned, or repatriated, to the U.S., where they face a top rate of 35 percent. Many companies avoid U.S. taxes on those earnings by simply leaving them overseas.

The tax is part of a broader administration plan to cut corporate tax breaks and increase taxes on the country's highest wage-earners to pay for projects to help the middle class.

Members of the GOP-controlled Congress and other fiscal conservatives have dismissed the overall plan since elements of it were announced several weeks ago.

The administration contends that various spending cuts and tax increases would trim the deficits by about $1.8 trillion over the next decade, leaving the red ink at manageable levels. Congressional Republicans say the budgets they produce will achieve balance and will attack costly benefit program like Social Security, Medicare and Medicaid.

Obama's budget emphasizes the same themes as his State of the Union address last month, when he challenged Congress to work with him on narrowing the income gap between the very wealthy and everyone else.

Higher taxes on top earners and on fees paid by the largest financial institutions would help raise $320 billion over 10 years which Obama would use to provide low- and middle-class tax breaks.

His proposals: a credit of up to $500 for two-income families, a boost in the child care tax credit to up to $3,000 per child under age 5, and overhauling breaks that help pay for college. Obama also is calling for a $60 billion program for free community college for an estimated 9 million students if all states participate. It also proposes expanding child care to more than 1.1 million additional children under the age of 4 by 2025 and seeks to implement universal pre-school.

Obama's budget also proposes easing painful, automatic "sequester" cuts to the Pentagon and domestic agencies with a 7 percent increase in annual appropriations, providing an additional $74 billion in 2016, divided between the military and domestic programs.