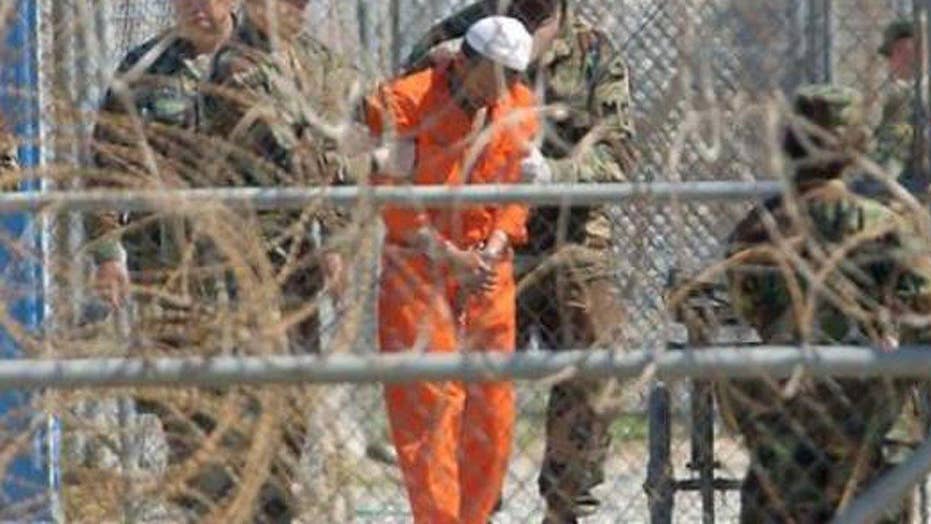 The Obama administration has gotten one step closer to shuttering the Guantanamo Bay detention center, closing down a 100-cell maximum-security prison and moving to reduce the U.S. presence there.

A military official confirmed to Fox News on Thursday that the site known as Camp 5 will be closed, with parts of it turned into a medical clinic to "improve operations."

“Camp V at Joint Task Force Guantanamo has been closed as a detention facility and repurposed into another function and the detainees consolidated," spokesman Capt. John Filostrat said in a statement.

The development, first reported by The Miami Herald, is part of President Obama’s promise to close the detention center -- an effort that continues to face fierce resistance in Congress.

Camp 5 is where problematic prisoners were sent, including those who went on hunger strikes as well as war criminals. They reportedly will be "consolidated" into another section known as Camp 6.

Filostrat told the Herald the rest are in a secret site called Camp 7. This is where 15 CIA captives -- including the alleged mastermind of the Sept. 11 attacks and his accused accomplices -- are being held.

Filostrat said troops started to move detainees from Camp 5 on Aug. 19 – a week after the Pentagon said it had sent 15 detainees to the United Arab Emirates as part of Obama’s plan to shrink the prison population.

The total detainee population is now at 61, and the administration plans to continue transferring out additional prisoners -- though Congress has blocked transfers to the U.S, complicating the goal of shuttering the camp by the end of Obama's presidency.

Meanwhile, the staff of nearly 2,000 U.S. troops and civilians is being cut by 400 soldiers by the end of the year, the Herald reported. They are doing this by canceling upcoming deployments.

Camp 5 was built more than a decade ago for about $17 million. Its around-the-clock security surveillance was modeled after a state prison in Bunker Hill, Ind. The site itself has had its share of headlines. Two prisoners committed suicide by hanging there in 2007 and one by drug overdose in 2012. In 2013, more than 100 detainees launched a mass hunger strike.

Obama reiterated at a news conference in Laos this week that he thinks the prison is unnecessary, costs too much and serves as a recruitment tool for terrorists.