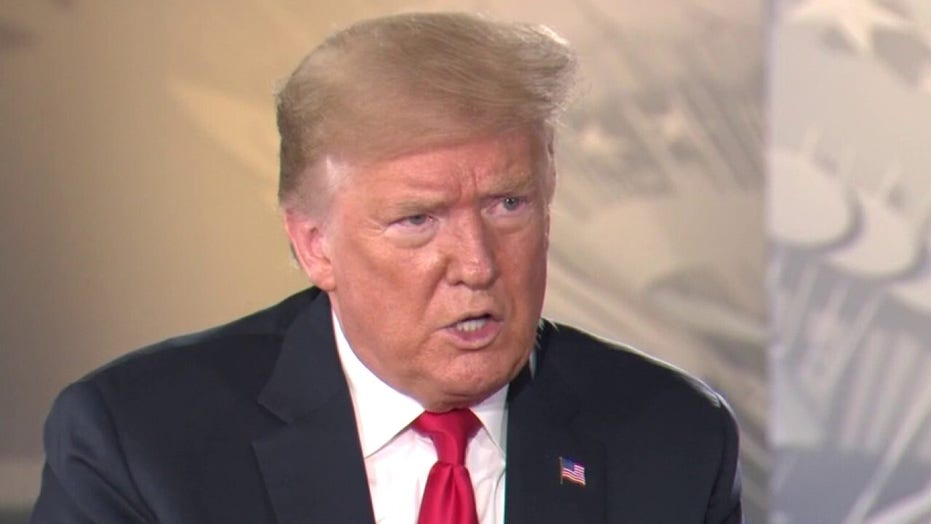 The mayor of Oakland, Calif., has joined other Democratic leaders in clapping back at President Trump for claiming their cities are so ravaged by violence "it's like living in hell."

Mayor Libby Schaaf, a Democrat who has led Oakland since 2015, took to Twitter to respond to Trump's harsh criticism.

TRUMP SAYS VIOLENCE IN CHICAGO, BALTIMORE, OTHER US CITIES LIKE 'LIVING IN HELL,' IN 'HANNITY' TOWN HALL

"Hell is another four years of this racist in the White House," Schaaf tweeted, encouraging people to vote.

Trump, during a Fox News "town hall" with Sean Hannity on Thursday night, tore into Chicago, Baltimore, Detroit and Oakland.

Trump blamed the mayors of those cities – all Democrats – along with former President Barack Obama and the party’s presumptive presidential nominee Joe Biden – for high rates of homicide and other violent crimes.

“Chicago is an example. It is worse than Afghanistan,” Trump told Hannity.

Chicago, in particular, has become a target for Trump’s criticism, especially after the city reached a grim milestone late last month with 18 murders in a single day – making May 31 the city’s deadliest day in 60 years.

Lightfoot also tweeted a glowing description of Chicago from Trump Hotels, which has a signature property in downtown Chicago. "What's that you say?" she tweeted at the president.

Baltimore and Detroit have seen murder rates rise in 2020, with Baltimore recording 159 murders to date and Detroit seeing a 30 percent increase in homicides as of June 18, with 129 killings.

Detroit, Michigan's largest city, ended 2019 with 272 homicides. While up slightly from 2018, it was only the fourth time since 1967 that Detroit recorded fewer than 300 killings, the Detroit News reported.

Michigan Gov. Gretchen Whitmer, a Democrat who has previously tussled with Trump over the coronavirus response, also rejected Trump's attack on Detroit.

"Michiganders know better," Whitmer tweeted. She encouraged residents to say what they love about Detroit.

While acknowledging that his stance was controversial, Trump has advocated for police departments around the country to use stop-and-frisk tactics in order to get weapons off the street. Trump praised the use of the tactic by New York City police in the 1990s under Rudy Giuliani, then the city’s mayor – and currently Trump’s personal attorney.

The NYPD's practice was halted after public outcry over disproportionate stops by police of people of color.

Michigan state Sen. Adam Hollier, D-Detroit, told the Detroit News in response to Trump that whenever stop-and-frisk is discussed as an effective program, it's "100% about racism."

In the wake of nationwide protests after George Floyd's death, Trump has taken a "law and order" stance and labeled Black Lives Matter activists as "thugs."  He has defended monuments deemed offensive, including those honoring the confederacy, and vowed to protect them with the military if needed.