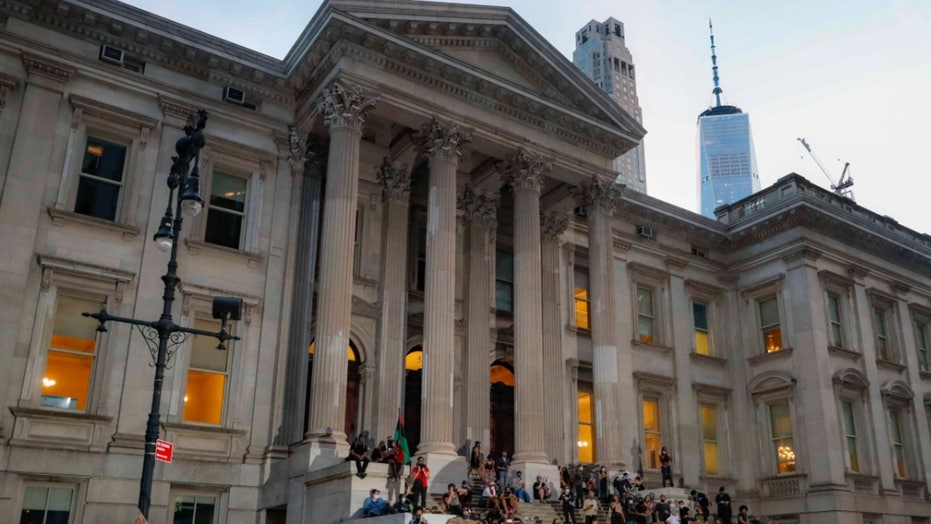 Three protesters have been taken into custody after trying to build barriers to keep police out; Aishah Hasnie reports from the scene.

It’s a clash of the lefty titans.

Firebrand Rep. Alexandria Ocasio-Cortez and Mayor Bill de Blasio are engaged in another public spat — this time after Hizzoner called the lawmaker “just wrong” when she accused him of fudging his $1 billion cut to the NYPD budget.

During an interview on CNN’s “New Day” on Wednesday morning, de Blasio was asked about a statement from the congresswoman in which she said he was using “budget tricks” and “funny math” to make it look like he had defunded the city’s police department.

“The facts are, we took money from the NYPD, put it into youth programs. We are reducing the size of the NYPD but still in a way that can keep us safe.”

Ocasio-Cortez responded Wednesday afternoon to Hizzoner’s remarks with a tweet of a New York Times report that accused Big Apple officials of achieving the cuts with a “budgetary sleight of hand: Moving school safety officers under the Department of Education.”

The sweeping reduction to the NYPD’s $6 billion budget, passed by the City Council on Tuesday evening, was made possible in part by transferring the department’s school safety cops to other city agencies — saving $349.5‬ million.

Meanwhile, 1,163 cops were trimmed from the department, while overtime will be reduced by $352 million.

Ocasio-Cortez, a Democratic socialist, said the budget cuts, which she described as a “disingenuous illusion,” didn’t go far enough in a statement released Tuesday.

The two progressives last traded blows when de Blasio praised the NYPD’s response to violent protests in the city — with AOC calling the comments “unacceptable.”