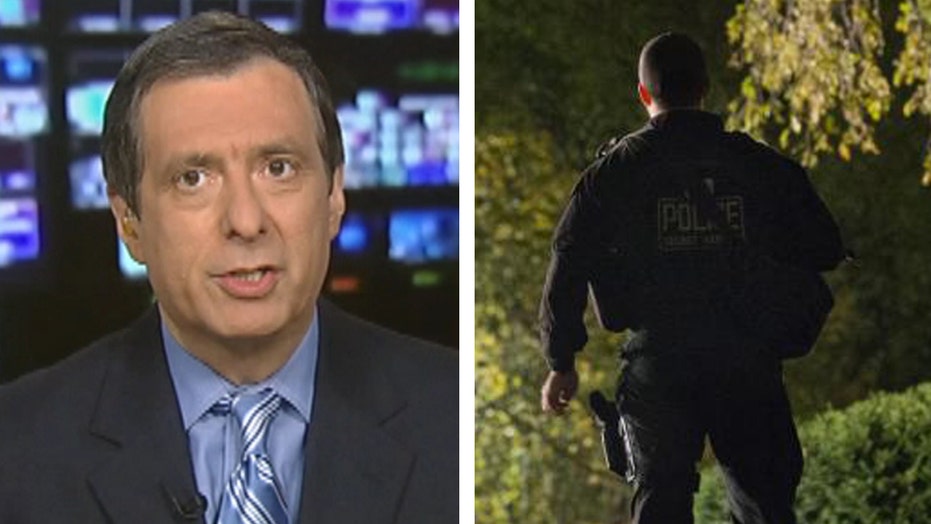 It’s like a scene out of “House of Cards”: The guy looking into the hooker scandal is himself accused of hanging with a hooker.

That’s the latest twist in the Secret Service scandal, a seemingly bottomless pit of seamy allegations in which the investigators become the investigated.

But this scoop by the New York Times has an extra bit of resonance: It casts doubt on an earlier exclusive by the Washington Post that relied heavily on the now-suspect source.

As the Times reported yesterday: “The investigator who led the Department of Homeland Security’s internal review of the Secret Service’s 2012 prostitution scandal quietly resigned in August after he was implicated in his own incident involving a prostitute, according to current and former department officials.”

It was David Nieland who, according to the Post, complained that he had been pressured into withholding his findings about the prostitution mess until after the 2012 election. His credibility, to say the least, has been heavily eroded.

That same Washington Post story drew flak for naming a 25-year-old White House volunteer, Jonathan Dach, as having had a prostitute in his room in Colombia, despite a denial from his lawyer and a dispute over the evidence.

The Times story seems solid on one point: “Sheriff’s deputies in Broward County, Fla., saw David Nieland, the investigator, entering and leaving a building they had under surveillance as part of a prostitution investigation, according to officials briefed on the investigation. They later interviewed a prostitute who identified Mr. Nieland in a photograph and said he had paid her for sex.”

Let’s review. Earlier this month, the Post reported that Nieland, as the lead investigator, had, according to sources, told Senate staffers: “We were directed at the time . . . to delay the report of the investigation until after the 2012 election.” I said at the time this was a potential bombshell that raised the specter of the White House interfering in an investigation, which the White House strongly denied.

But if Nieland actually resigned back in August because he faced his own allegations of involvement in prostitution, doesn’t that badly undermine his credibility? Did the Post know this at the time? I got no response from the paper’s PR office or a co-author of the story. Nieland, for his part, denied the prostitution allegations in a short email to the Times.

A Senate subcommittee that looked into the matter found nothing to substantiate Nieland’s charges of political interference, which the White House has also denied.

By the way, the Times also reported that last year, “Mr. Nieland accused the inspector general’s office of retaliating against him for making those allegations when it suspended him for two weeks without pay after he circulated photographs that he had taken of a female intern’s feet.” He claimed it was a joke.

If Nieland was not truthful about his own alleged involvement with a prostitute—and remember, he has resigned—it doesn’t necessarily mean he is lying about being pressured by his superiors. But it casts everything he has said under a shadow of suspicion.

The Post, in its piece following the Times scoop, included a reminder that there are other sources: “Nieland was one of three employees who questioned the deletion of investigative findings from the Cartagena report that were potentially embarrassing to the administration.”

All this brings us to the Post’s decision to name the White House volunteer, Jonathan Dach, whose father, Leslie Dach, is a prominent Democratic donor who has worked with the White House and now has a senior job at Health and Human Services. The Post appeared to rely, at least in part, on the DHS inspector general’s office, from which Nieland had already quit under a cloud.

The paper itself seemed to hedge: “Whether the White House volunteer, Jonathan Dach, was involved in wrongdoing in Cartagena, Colombia, remains unclear. Dach, then a 25-year-old Yale University law student, declined to be interviewed, but through his attorney he denied hiring a prostitute or bringing anyone to his hotel room.”

The paper said it reviewed hotel logs showing that an overnight guest was registered to Dach’s room.

Dach's lawyer, Richard Sauber, said in a statement provided to me late yesterday:

"The New York Times story shows just how thoroughly wrong the Washington Post has been. The Post story, which ignored repeated denials and instead relied on anonymous sources and unsupported allegations, just had its last legs shot out from under it. The Post relied heavily on Mr. Nieland's accusations that he was retaliated against for truth telling when he was actually suspended after he circulated photographs that he had taken of a female intern’s feet.

"Jonathan Dach did not sign in or have a prostitute in his room. He never engaged in any inappropriate behavior in Cartagena. Any allegations to the contrary have always been outrageous and are even more so today."

The White House referred me to previous comments by deputy press secretary Eric Schultz, who said its own probe "concluded that there hadn't been any misconduct by the White House advance team."

"The story was about more than one individual. It shed light on the performance of the White House and senior officials in the aftermath of a major scandal; claims by Secret Service agents of inequitable treatment; conflict between the lead investigator and his superiors at the Department of Homeland Security, along with allegations of political motivations for excising information from his report; and tensions between the White House and Congress on the adequacy of the investigation."

In investigative reporting, we all rely on our sources. Sometimes those sources turned out to have lied or become the focus of allegations themselves. To name a young man who may or may not have had a bad lapse in judgment, when that by your own accounting “remains unclear,” underscores how people's reputations are at stake.