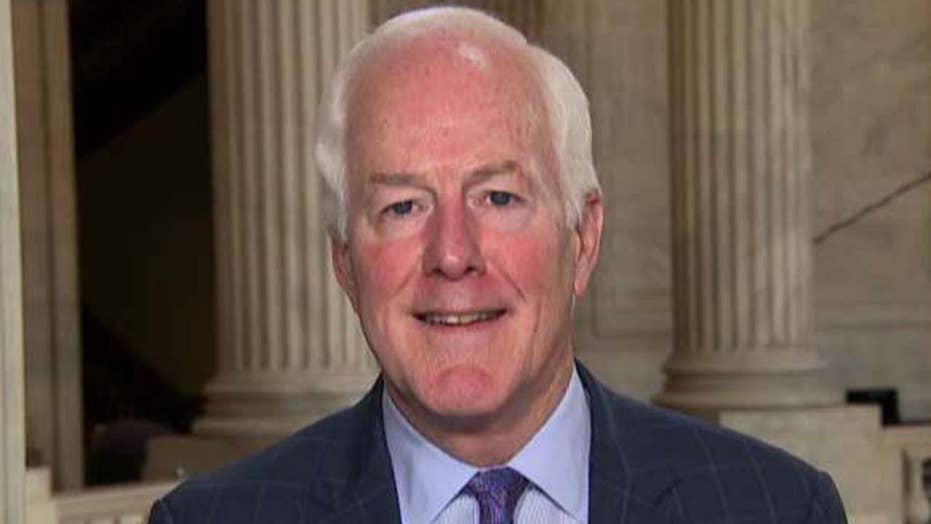 Sen. Cornyn says requests for President Trump's tax returns are "all for show."

Legislation that would allow Congress to obtain President Trump's state tax returns is almost a reality, now that the New York State Assembly and Senate passed bills that would allow them to do so.

The legislation would lift an existing state restriction on revealing an individual's tax returns. It says the state Commissioner of Taxation and Finance shall release those returns if requested by the House Ways and Means Committee, Finance Committee, or Joint Committee on Taxation.

Earlier versions of bills in the New York State Senate and Assembly allowed for the request of any New Yorker's tax returns, but on Wednesday, amendments passed that narrowed the scope to tax returns of certain officials including the president, vice president, members of Congress representing New York, and others.

If Democratic Gov. Andrew Cuomo signs the bill into law, Congress would be able to request someone's individual's tax returns from any year, as well as business tax returns for entities in which they have at least a ten percent voting share.

While it does not mention Trump or anyone else specifically, the legislation would make his tax returns, as well as the Trump Organization's returns, up for grabs. Cuomo said in the past that he would support a bill like this as long as it applies to everyone, but he will look over the details before making a final decision.

When it first when through the state Senate, New York Republican Party Chairman Ed Cox slammed the bill, describing it as an illegal bill of attainder, meaning it improperly singles out an individual for punishment.

"The Democratic legislature and Governor Cuomo are suffering from Trump Derangement Syndrome and playing politics at the expense of doing the people’s business," he said in a statement to Fox News.

Democrats, including the bill's sponsor, State Sen. Brad Hoylman, and House Judiciary Committee Leader Jerrold Nadler, D-N.Y., specifically mentioned Trump in reference to the legislation. Nadler called it "a workaround to a White House that continues to obstruct and stonewall the legitimate oversight work of Congress."

The original version of the bill drafted earlier said that the chair of the requesting committee must certify that the request is for a legitimate legislative purpose.

When Mnuchin denied a request for Trump’s federal tax returns, he said the request failed to meet that standard. The amendment that passed Wednesday removed that language, instead saying that it is "related to, and in furtherance of, a legitimate task of the Congress."