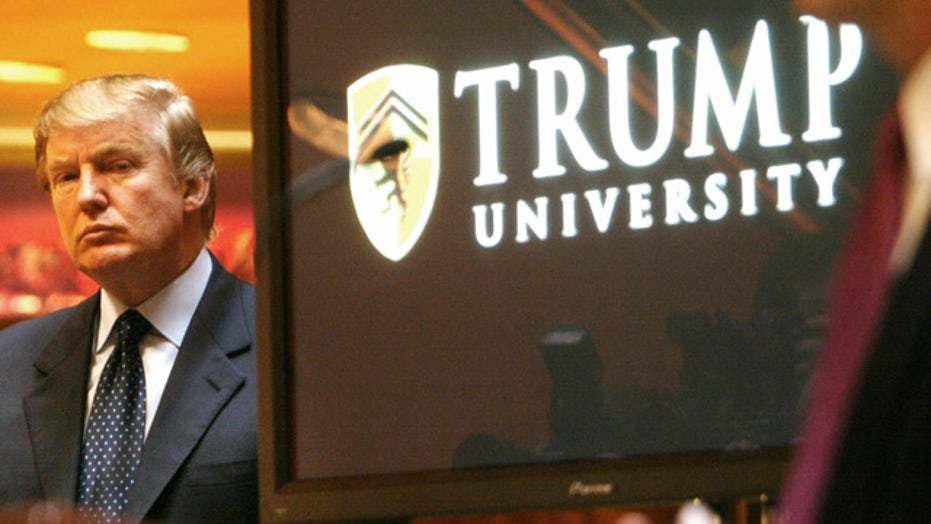 The decision comes only days after the GOP White House hopeful defended his for-profit university to Fox News, and allows New York Attorney General Eric Schneiderman to go after the billionaire businessman on allegations he scammed students into signing up for his virtual university but then failed to deliver on promises it made.

“Today’s decision is a clear victory in our effort to hold Donald Trump and Trump University accountable for defrauding thousands of students,” Schneiderman said in a statement.

The state Supreme Court had already granted the attorney general’s request for a summary judgment determining that Trump and his university are liable for operating illegally in New York. Tuesday’s judgment means the state’s entire fraud case can move forward.

“My job is to see that perpetrators of fraud are brought to justice,” Schneiderman said. “We look forward to demonstrating in a court of law that Donald Trump and his sham for-profit college defrauded more than 5,000 consumers out of millions of dollars."

Schneiderman alleges that Trump University charged students as much as $35,000 for tuition and promised them the Trump name and a degree would help them make a killing in the real estate field.

What students got instead were generic hotel seminars and field trips to sketchy neighborhoods where they were shown dilapidated buildings but were never told how they could legitimately make money off them.

“No one, no matter how rich or popular they are, has a right to scam hard working New Yorkers,” Schneiderman said in a news release in 2013.

Students claim the seminars were pitches led by salesmen who pressured them to invest even more money for additional classes.

Trump defended himself on “Fox News Sunday,” telling host Chris Wallace that “98 percent” of the people who took Trump University courses “thought they were terrific.”

He added that he could have settled the lawsuit a long time ago but chose not to.

“I’m going to win the case in court, because I do that. I win cases in court,” Trump said.

The New York case is one of three major suits against Trump and the school.