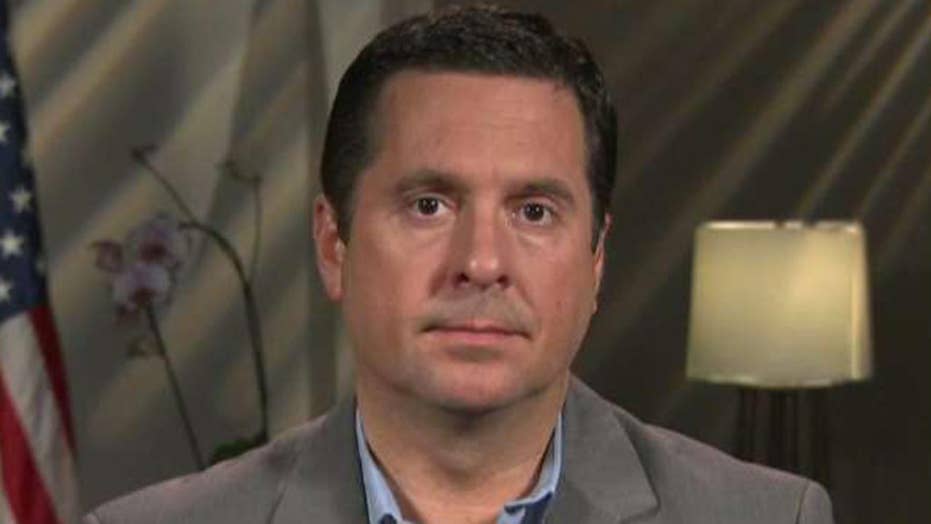 Nunes tightens screws in his probe into surveillance abuses

Nunes referring 17 current and former DOJ and FBI officials to heads of House Judiciary Committee. Republican congressman from California speaks out on 'The Ingraham Angle.'

House Intelligence Committee Chairman Devin Nunes on Monday dug in after Democrats warned Republicans that "they will be held accountable" for damaging the FBI and Justice Department during their probe into possible government surveillance abuse.

“We’re not gonna be threatened by the Democrats. They are the ones that have all this blood on their hands,” Nunes told Fox News’ Laura Ingraham on “The Ingraham Angle.”

“They're the ones who completely destroyed the FBI and DOJ. How did they do that? They did that by digging up dirt, the Clinton campaign dug up dirt, put it into a dossier, fed into the FBI and the FBI used our counterintelligence capabilities against a political campaign,” he said.

“They are the ones that have all this blood on their hands. They're the ones who completely destroyed the FBI and DOJ."

Schiff accused the group of trying to weaponize materials about the alleged surveillance of the Trump campaign amid Nunes’ letter calling to interview over a dozen former FBI and DOJ officials, including fired FBI deputy director Andrew McCabe and embattled FBI official Peter Strzok.

“They have been leading the charge basically to require the Justice Department to give them materials that can be leaked or fed or misrepresented, like the infamous Nunes memorandum, in the service of the president,” Schiff said. “And in the meantime, they do enormous damage to these institutions. Ultimately, they will be held accountable.” 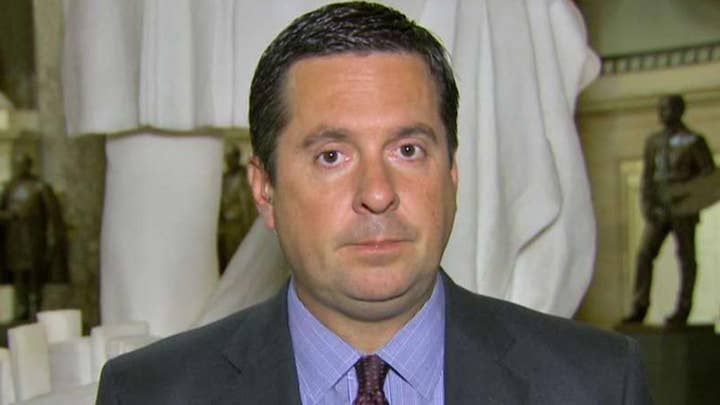 Nunes sent a letter last week urging the Oversight and Judiciary Committees to interview the officials about possible government surveillance abuse during the 2016 election as they may “have relevant information.”

“For the sake of transparency and to keep the American people as fully informed as possible about these matters, the task force should consider interviewing these individuals in an open setting,” Nunes wrote in the letter.