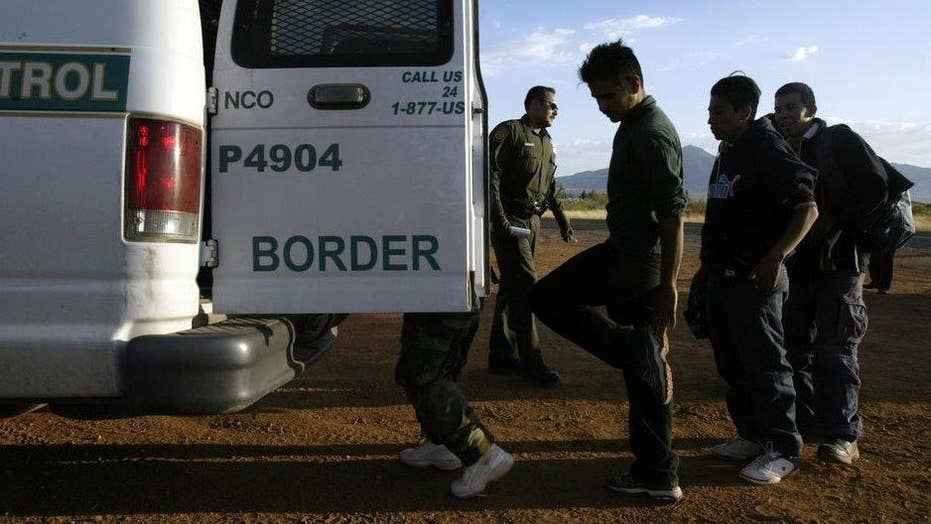 Can the US afford to ignore illegal immigration?

The number of illegal immigrant families and unaccomanpied minors apprehended at the U.S.-Mexico border has soared in recent months, according to statistics released Wednesday by the federal government.

According to U.S. Customs and Border Protection (CBP), 27,754 unaccompanied children were taken into custody by border officials during the six months ending March 31 — the first six months of fiscal year 2016. That's a 78 percent increase from the 15,616 apprehended in the corresponding time frame last year.

The CBP statistics were first reported by The Hill.

The numbers have raised the specter of another border surge similar to the summer of 2014, when thousands of unaccompanied minors swarmed the border, overwhelming law enforcment and humanitarian workers alike.

However, Jens Manuel Krogstad of the Pew Research Center noted that most of the apprehensions occurred in December and January, before the Obama administration approved a series of raids targeting immigrant families.

"Since then," Krogstad writes, "monthly border apprehensions have dropped below 2014 levels."

Kevin Appleby of the Center for Immigration Studies told the Hill that several factors may be driving the increased migration, including ongoing violence in Central America and new techniques used by human traffickers to skirt a crackdown by Mexican authorities.

"Our policy of deterrence is clearly not working no matter how much we pay the Mexican government to do our dirty work," Appleby said.

Last year, Congress passed a $750 million package aimed at stabilzing El Salvador, Guatemala and Hondurs in an effort to slow the flood of illegal immigration.