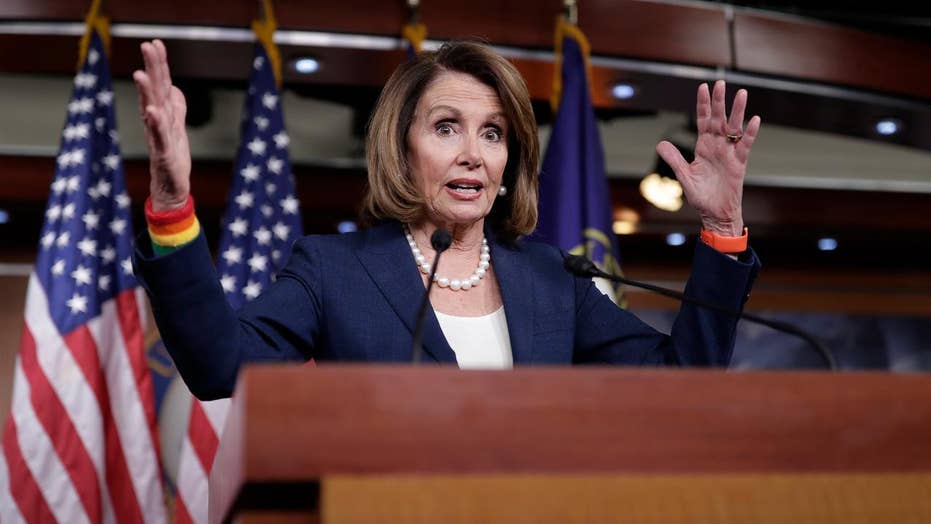 Will Pelosi hurt Democrats during the midterms?

Nine Democrats are running to vie for the seat being left open by retiring Rep. Carol Shea-Porter (D., N.H.), but not one said they would vote to make House Minority Leader Nancy Pelosi (D., Calif.) speaker next year.

Josh DiStaso of ABC affiliate WMUR asked the 1st Congressional District candidates if they would support Pelosi for House Speaker in the event they be elected and Democrats win back the majority in November. DiStaso received three "nos," four were "non-committal," and two candidates declined to respond.