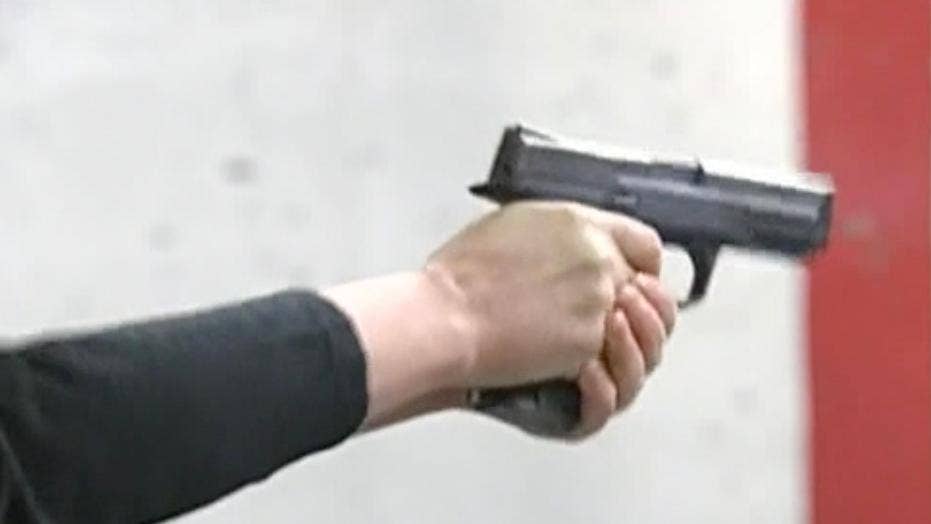 State lawmakers debate bill which could strip a person’s access to firearms if they pose a threat .

The school shooting in Parkland, Fla., has reignited an outcry for more rigorous gun control. With students across the nation and lawmakers across the aisle demanding action, states like New Jersey and Delaware are looking to implement risk-based gun removal laws, known as an Extreme Risk Protection Order (ERPO), or "red flag" policy.

“It’s time,” said State Assemblyman John McKeon, D-Montclair. “One [death] is too many, but since Sandy Hook, there have been 1,800 individuals who’ve perished in mass shootings.”

While many activists and lawmakers agree that authorities need to keep firearms out of the wrong hands, the two sides are at odds over what regulations would effectively deter violent crime without threatening lawful gun owners’ rights.

Under the “red flag” policy, families and law enforcement would have the power to petition for temporary suspension of a person’s access to firearms.

The proposed New Jersey regulation calls for immediate removal of the gun and restricts any further purchases from the individual until a judge who reviews the incident decides the credibility of the claims and determines the length of the restraining order – which can last up to a year. The person can file one petition that year.

In Florida, where Nickolas Cruz is accused of killing 17 people and injuring at least 14 others, no such law exists. According to the Gifford Law Center to Prevent Gun Violence, only five states, including Connecticut, Indiana, California, Oregon and Washington have such measure in place.

Friends and loved ones mourn the loss of 17 students killed in Parkland, Fla. on Feb. 14. (Fox News)

"No one has the right to use a weapon against others and certainly not themselves, so what this [bill] does is take someone who is in an extreme mental state and allows for authorities to protect them and others in the community," McKeon said.

“This individual [Cruz] should have never had access to a gun,” said MacArthur. “The current backgrounds check system is full of holes, a mishmash of state and federal checks that have been proven ineffective.”

Supporters of the legislation say they are not willing to wait for Congress.

“I have very little, if any, thought that the Congress will put forth any meaningful legislation,” McKeon said. “They have already discussed arming teachers and implementing armed security at schools.”

Research conducted by Duke University shows that the red flag legislation, which passed in Connecticut in 1999, was proactive in reducing the state’s suicide-related deaths. But it was obviously not absolute. In 2012, a gunman from Newton, Conn. killed his mother and 26 people at Sandy Hook Elementary School before killing himself. The weapons he used to kill were given to him by his mother.

Scott Burris, director of the Public Health Law Research Center at Temple University, said lawmakers shouldn’t look at this particular law as a panacea that will end mass violence. Instead, they should view it as a tool to help curve suicide and domestic violence rates.

“People with mental illness have a higher propensity to commit suicide not mass homicides,” said Burris. “Angry, young men are probably the greatest risk factor for gun violence, and they’ll click off none of the boxes for mental illness.”

New Jersey lawmakers in the Democratic-controlled state legislature believe the regulation will be approved later this week as part of a broader gun control package. Some of the bills passed the legislature in previous years but were vetoed by Republican Gov. Chris Christie, who left office on Jan. 16.