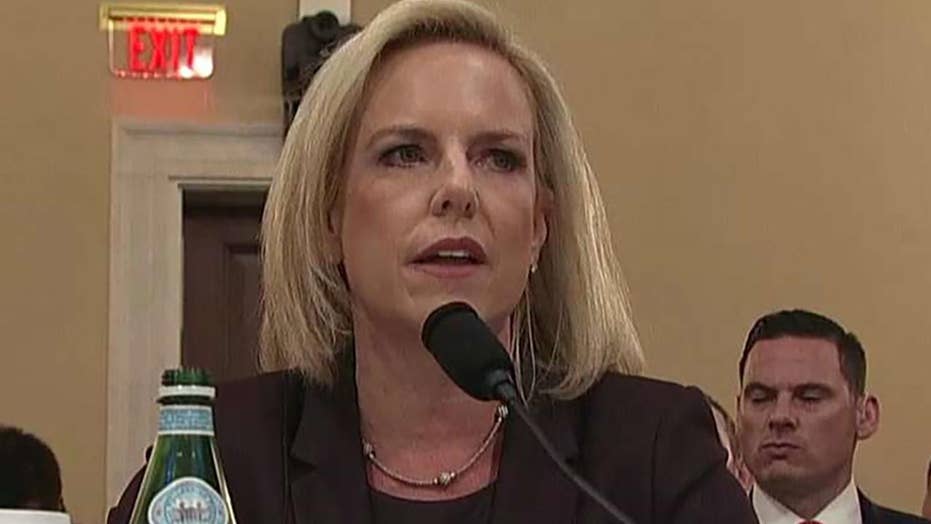 Nielsen testifies on border security: 'This is not a manufactured crisis, this is truly an emergency'

Homeland Security Secretary Kirstjen Nielsen issued a dire assessment Wednesday of the migration crisis on the southern border, telling a House committee that illegal immigration is “spiraling out of control” and predicting that crisis will “get even worse” in the coming months.

And in a startling revelation, she said Customs and Border Protection is on track to apprehend almost 1 million illegal immigrants at the border this year.

“In February, we saw a 30 percent jump over the previous month, with agents apprehending or encountering nearly 75,000 aliens,” Nielsen told the House Committee on Homeland Security. “This is an 80 percent increase over the same time last year. And I can report today that CBP is forecasting the problem will get even worse this spring as the weather warms up.”

“We want to strengthen legal immigration and welcome more individuals through a merit-based system that enhances our economic vitality and the vibrancy of our diverse nation. We also will continue to uphold our humanitarian ideals,” she said. “But illegal immigration is simply spiraling out of control and threatening public safety and national security.”

Nielsen’s testimony came a day after the Trump administration released figures showing that more than 2,000 migrants are apprehended each day, a total of 268,000 since the beginning of the fiscal year. DHS reports that the Border Patrol is apprehending illegal immigrants at the highest rate since 2007.

“We face a crisis -- a real, serious, and sustained crisis at our borders. We have tens of thousands of illegal aliens arriving at our doorstep every month. We have drugs, criminals, and violence spilling into our country every week,” she said.

Nielsen raised concerns not only about the sheer number of crossings but the specific rise in families and unaccompanied children.

“Over 60 percent of the current flow are family units and unaccompanied alien children, and 60 percent are non-Mexican,” she said.

Figures released by DHS on Tuesday said that apprehensions of family unit aliens and unaccompanied children surged by 338 percent and 54 percent, respectively.

Nielsen predicted disaster if migrant flows escalate: “Our capacity is already severely strained, but these increases will overwhelm the system entirely.”

“This is not a ‘manufactured’ crisis. This is truly an emergency,” she said. 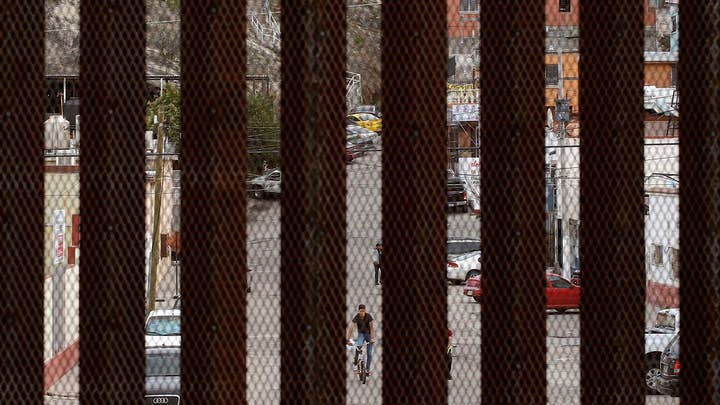 The testimony comes as Trump pursues his declaration of a national emergency on the border. He declared such an emergency last month after Congress passed a spending bill authorization $1.4 billion for barriers on the border -- well short of the $5.7 billion Trump demanded.

Trump’s declaration would give him access to about $3.6 billion for projects on the border, but the move has seen fierce opposition from Democrats and some Republicans, several of whom are expected to support a congressional rebuke of the emergency declaration -- which could, in turn, prompt Trump's first-ever veto. The House has already passed the measure.

In her testimony, Nielsen called on Congress to pass laws that allows “the safe and prompt return” of illegal immigrant children to their home countries and close loopholes she says allows criminals to be released into the U.S.

Meanwhile, in prepared testimony to the Senate Judiciary Committee, CBP Commissioner Kevin McAleenan said in testimony that the initial investments in Trump's wall project were being put “to good use” and barriers in key areas have “made an immediate impact” in stopping illegal immigration in hot spots. 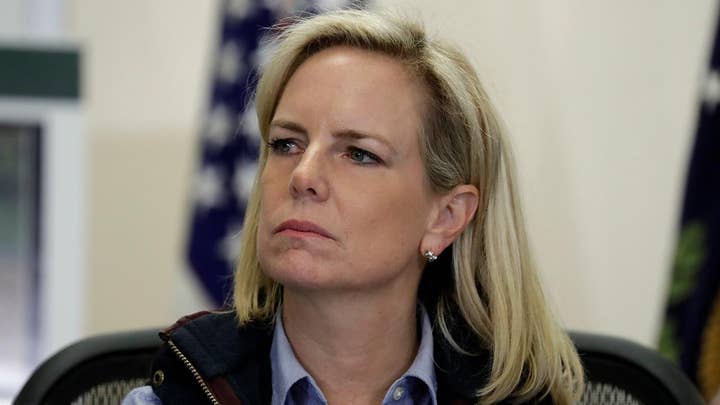 But he also warned of increasing migration flows, particularly of families and children, and said that in the El Paso sector there had been a 434 percent increase in apprehensions this fiscal year.

“Many of these are family units and [unaccompanied alien children] arriving in large groups, which exacerbates capacity constraints in our facilities,” he said.

But Nielsen’s comments seemed likely to be brushed off by Democrats. Before Nielsen spoke, Chairman Bennie Thompson, D-Miss., criticized Trump’s “non-existent emergency” at the border.