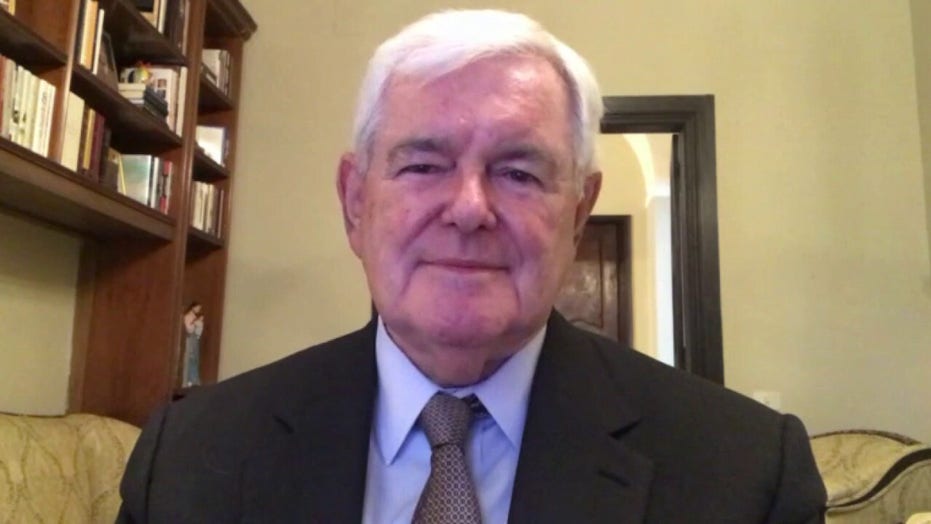 Gingrich said that Biden’s problem is that, if he pushes Sanders’ agenda, he “guarantees his defeat because the plans are so radical nobody will be for him.”

“On the other hand, if he doesn’t do what Bernie wants, the left wing of the Democratic Party may stay home, and I think it puts him in a peculiar dilemma on how to manage his campaign,” Gingrich said.

Sen. Bernie Sanders, I-Vt., has privately voiced worries about the way Democratic presidential nominee Joe Biden has been campaigning as the race heads into its final weeks, according to a report.

Sanders, who dropped out of the race in April and immediately endorsed Biden following a hard-fought Democratic primary battle, has said he wishes Biden would focus more on kitchen table issues like higher wages, job growth and health care access in campaign stops rather than criticizing President Trump, the Washington Post reported, citing three sources familiar with his conversations.

Sanders, who garnered a youth movement around his two White House runs, also hoped that Biden would embrace progressive firebrands like Rep. Alexandria Ocasio-Cortez, D-N.Y., more closely in an effort to gather more support from young voters. Ocasio-Cortez stumped for Sanders during his run.

The independent senator from Vermont also believes Biden’s centrist rather than progressive approach could lead to another Democratic loss, the sources said. Still, some of Biden’s policies have undoubtedly moved farther to the left as the Democratic Party continues to become more progressive.

Biden has reportedly kept a distance between himself and some progressives like Ocasio-Cortez amid attacks from Trump that Biden is controlled by the “radical left" and socialists.

“Senator Sanders is confident that Joe Biden is in a very strong position to win this election, but nevertheless feels there are areas the campaign can continue to improve upon,” Sanders’ former campaign manager Faiz Shakir said in a statement to the Post. “He has been in direct contact with the Biden team and has urged them to put more emphasis on how they will raise wages, create millions of good-paying jobs, lower the cost of prescription drugs and expand health care coverage.”

Gingrich pointed out that Biden’s budget proposal has been deemed “the most radical and expensive since George McGovern in 1972,” according to a by a study by a nonpartisan group at the University of Pennsylvania's Wharton School.

“Of course, McGovern crashed and burned unbelievably because people thought he was too radical,” Gingrich said.

Gingrich also noted that Biden “hiding and ducking his basement” during the campaign season “is not lasting.”

“It’s beginning to break down and I think Biden has a much bigger problem than the Washington press corps thinks he does."