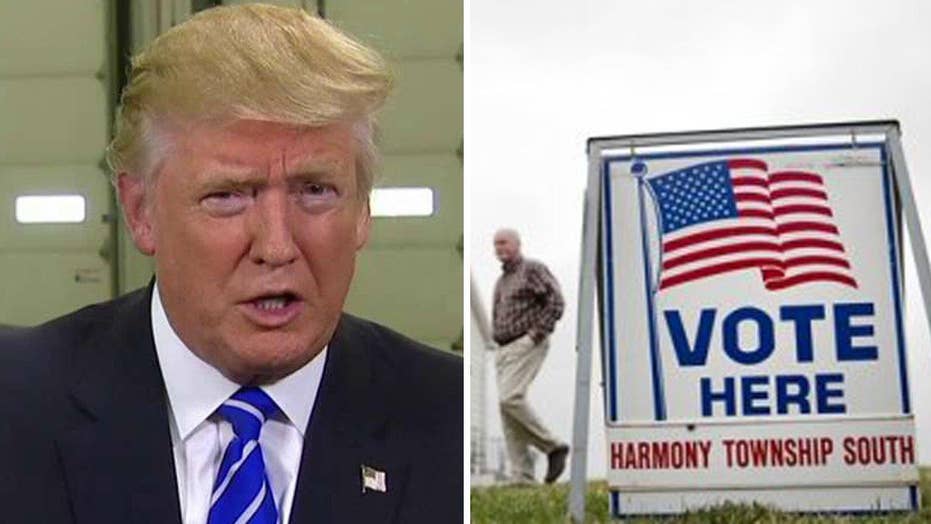 Trump: Voters smart, even while being misled by biased media

GOP presidential nominee goes 'On the Record' on what has surprised him most in his campaign, the latest swing state polls, what he wants in the debates with Clinton, Elizabeth Warren, George P. Bush's surprising endorsement and more

If you think the television networks are biased toward Hillary Clinton in the current presidential race, a media watchdog wants you to know that newspapers are even worse.

The conservative Media Research Center first compared TV news networks’ coverage of two recent controversies involving Clinton and Republican rival Donald Trump. Clinton’s appearance at a Kissimmee, Fla., rally with the father of Orlando terrorist Omar Mateen seated prominently behind her earned a fifth of the amount of coverage that Trump’s ambiguous suggestion that Second Amendments advocates could “do something” about a Clinton administration’s Supreme Court justices got.

But when MRC looked at how the two controversies were handled by print journalists, the discrepancy was even more stark.

“The nation’s top newspapers were even worse in demonstrating a double standard on these two bad-news moments from the campaign trail in their Wednesday editions,” the center wrote in a post on its “Newsbusters” vertical.

The New York Times printed a 1,287-word article at the top right of the front page headlined “TRUMP SUGGESTS GUN OWNERS ACT AGAINST CLINTON: ALARM AT HIS REMARK,”MRC reported.  Just to the left of that on top of the front page was an article headlined “G.O.P. Women Are Retreating From Nominee.” The Times also wrote a scathing staff editorial leading that page with the headline “Further Into the Muck With Mr. Trump.”

The only mention by the venerable paper that has long boasted of conveying “all the news that’s fit to print” was a short story headlined “Clinton Campaign Plays Down Appearance at Rally by Orlando Gunman’s Father." And that article was only to be found in online editions.

The Washington Post similarly played up the Trump controversy with a lengthy Page 1 story headlined “Trump decried for gun remark: Critics see his comments on 2nd Amendment as a threat against Clinton.” The story was augmented with an editorial, calling Trump’s comments “An ugly call to Second Amendment people.” The Post completely ignored the presence of Seddique Mateen, an Afghan who has expressed support for the Taliban and hatred of gays in the past, and offered equivocal condemnation of his son, who pledged allegiance to ISIS during a rampage at a gay nightclub in which he killed 49 people.

The Clinton campaign has insisted Mateen was not an invited guest, though some experts have expressed skepticism that he could have been seated so prominently without the campaign’s knowledge. Mateen told Florida television station WPTV that he had been "invited by the Democratic Party."

USA Today, the nation’s largest paper by circulation, also ran a front-page story on Trump’s Second Amendment remarks, but only carried the Clinton story in a blog on the editorial page by the conservative writer Glenn Reynolds, known as "Instapundit."