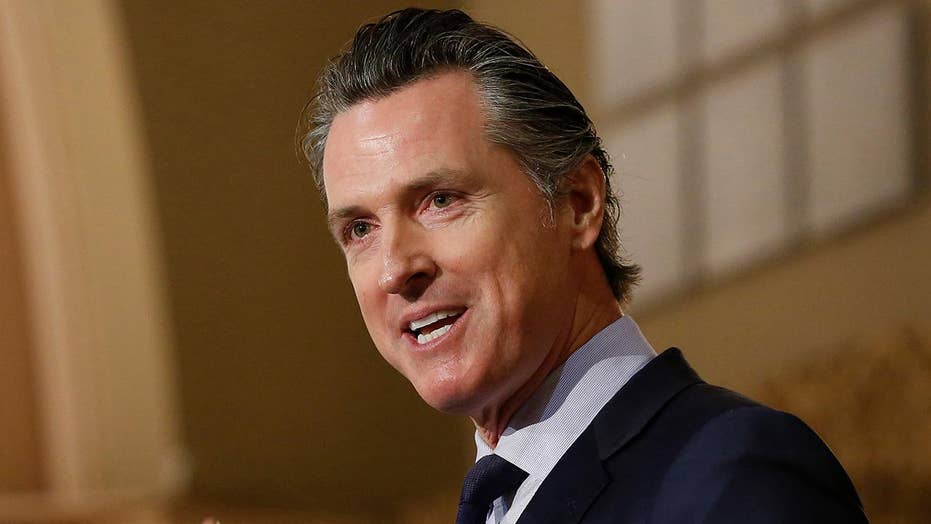 Gavin Newsom strongly rebuked President Trump and his border-security policies on Tuesday, using his first State of the State address as California governor to declare that he won't participate in “political theater” over immigration and the proposed border wall.

A week after Trump’s State of the Union address, and less than 24 hours after the California governor said he'd withdraw most of the state's National Guard troops on the Mexico border, Newsom ratcheted up his opposition to the White House’s hard-line policies on immigration and argued in defense of “the California Dream.”

“We must stand up for those that are maligned,” Newsom said, referring to the state’s immigrant population. He said the rhetoric coming from the White House was “fundamentally at odds” with the values of Californians."

“California will not be part of this political theater.”

Newsom, who served as lieutenant governor under former Gov. Jerry Brown, has taken up the mantle of his predecessor when it comes to opposing the agenda of the Trump administration.

On Monday, Newsom announced that he'd withdraw National Guard troops along the U.S.-Mexico border in California. Instead of participating in immigration enforcement, Newsom said he plans to put those troops "on a mission to the real threat that faces Californians.”

A third of the troops will help combat forest fires, while the remainder will focus on shutting down illegal marijuana growing facilities in the north of the state and stopping criminal smuggling. 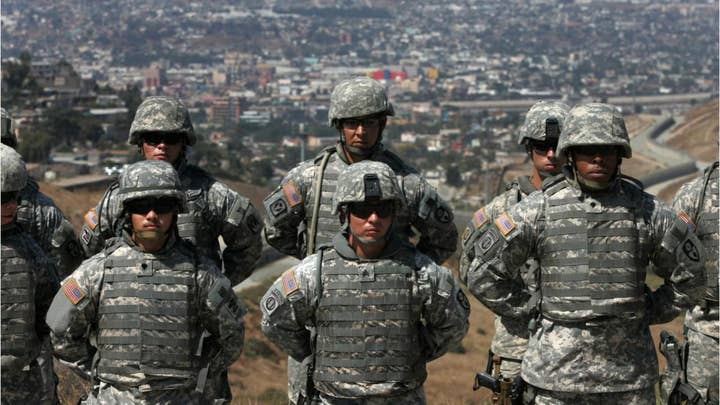 Brown agreed in April to deploy up to 400 troops to the border in response to a request from the Trump administration to four border states. Brown made it clear then that California troops couldn't aid in immigration enforcement, but Newsom said there's been a "gray area" in their duties.

Maj. Gen. David Baldwin of the California National Guard said the troops have not participated in immigration detention but some are conducting camera surveillance that could inadvertently aid in immigration enforcement.

The drawdown of California's troops will begin immediately but may not be completed until March 31, when the state's current agreement with the federal government is set to end.

Newsom made clear during his campaign that he did not support the use of California Guard troops at the border. He took action about a month into his governorship because he wanted to responsibly review the issue, he said.

He initially wanted to pull all of California's troops back but said he was convinced by Guard officials that good work is being done related to combating drug trafficking. 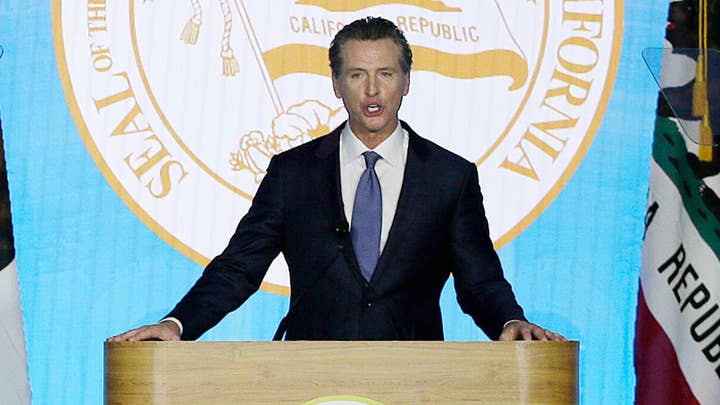 If the Trump administration does not agree to Newsom's new terms "we'll bring the rest back," he said.

Newsom's move came on the heels of a decision by New Mexico Gov. Michelle Lujan Grisham, also a Democrat, to pull back her state's troops from the border.

Texas and Arizona still have troops in place there.

Newsom’s speech on Tuesday came only hours after Trump said he was “not happy” with the tentative deal congressional negotiators have worked out on border security; they face a Friday deadline to avert a second government shutdown. 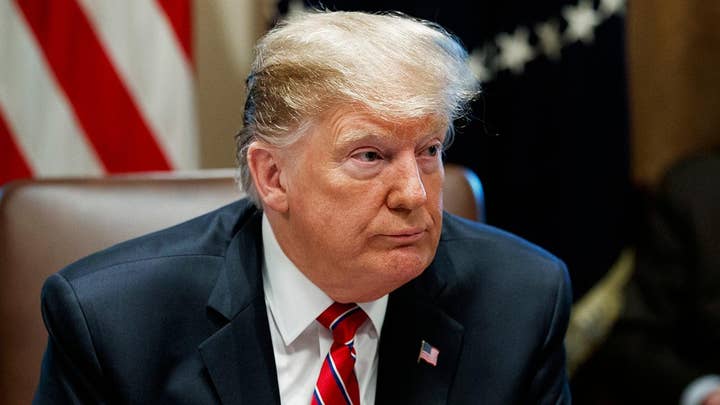 The agreement also calls for 55 miles of metal slats or other types of new fencing, as opposed to a concrete wall. The fencing would be built in the Rio Grande Valley in Texas. The pact includes money for other border security measures, including advanced screening at border entry points and customs officers.