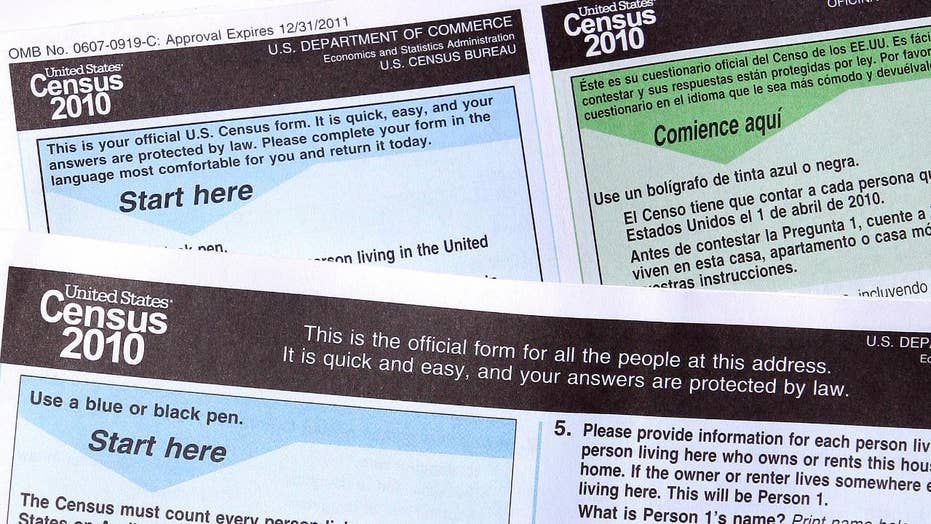 Some predict approximately 24 million people may skip the census altogether.

New York Attorney General Eric Schneiderman led a multistate coalition in filing a lawsuit Tuesday to block the Trump administration from including a question on citizenship in the 2020 census, amid escalating rhetoric from Democrats and immigration activists on the question.

“This is a blatant effort to undermine the census and to prevent the census bureau from carrying out its clear constitutional mandate,” Schneiderman said at a press conference announcing the lawsuit, which was joined by 18 attorneys general, six cities and the U.S. Conference of Mayors.

The Commerce Department announced last week that it would reinstate the citizenship question as part of an attempt to enforce the Voting Rights Act after a request from the Department of Justice. It noted that the question was the same asked on the yearly American Community Survey and that between 1820 and 1950, almost every decennial census asked a form of the question.

That lawsuit adds to a suit by California’s attorney general last week, both looking to block the question about whether the respondent is a U.S. citizen being added to the questionnaire. Democrats and activists claim that the question will spook immigrants -- mainly those in the country illegally or of so-called “mixed-status” families -- from participating.

“It is not just undocumented people who would be afraid in this situation, anyone with a mixed status family or anyone who is concerned about the anti-immigrant animus, and courts repeatedly have found in cases that I have brought that this administration has an anti-immigrant animus, will be scared,” Schneiderman said.

Those opposed to the citizenship question claim that such a chilling effect will leave often-Democratic states underrepresented in the census -- which will affect funding and also representation in Congress.

“The Census is a fundamental part of our democracy, and we must encourage every person living in our country to participate, not put up barriers that prevent people from being counted,” Illinois Attorney General Lisa Madigan said in a statement. “I am filing this lawsuit to ensure that immigrants in Illinois are represented fairly and accurately.”

Stephen Choi, executive director of the New York Immigration Coalition, said at the New York press conference that nearly $700 billion of New York's funding is determined by the census, and said that if the Trump administration turned the census into a weapon, “then New York is going to use an army to protect it.”

“We’re going to need to fight this battle in the streets, in the halls of Congress and in the courts,” he said.

This language was backed up by Rep. Nydia Velazquez, D-NY, who also called the question a “racist attempt to make America white” from Trump.

2020 census controversy: What’s behind the debate?

The Trump administration is pushing for a citizenship question in the 2020 census. In response, 12 states have sued the administration. Here’s a look at the controversial move and the backlash.

Both Velazquez and fellow Democratic Rep. Gregory Meeks attempted to tie the census question to Democratic allegations that Trump is sympathetic to authoritarians like Russian President Vladimir Putin.

“Why doesn’t he speak out against Mr. Putin?” Meeks asked. “Because he wants to be like Mr Putin.”

The lawsuit comes amid a series of disputes between the Trump administration and blue states on the subject of illegal immigration. Last month Attorney General Jeff Sessions announced a lawsuit against California over policies that the administration says hinder federal immigration authorities from enforcing U.S. immigration laws.