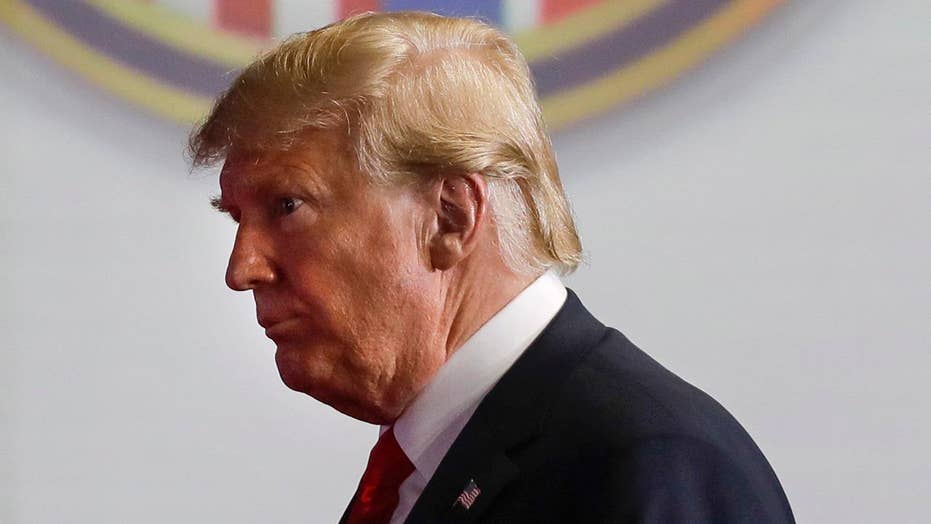 New York State Attorney General accuses the Trump Foundation of illegal conduct, including coordinating with the Trump presidential campaign in 2016; Kevin Corke has the story for 'Special Report.'

"The law is clear -- private foundations cannot use their funds for the personal or business benefit of their directors, and they cannot engage in political activities," the court filing argued.

Trump's lawyers have asked a judge to dismiss the case, saying it was politically motivated.

In its latest salvo, state lawyers reiterated their demand that Trump be barred from being involved in running any charities for 10 years.

They said the foundation was improperly used to benefit Trump personally several times and was turned into a wing of his campaign organization during the 2016 election.

"The Board abdicated its fiduciary duties entirely, leaving the Foundation to operate without any oversight, and permitted Mr. Trump to use the Foundation's assets to satisfy his and his for-profit companies' legal obligations, to promote Trump hotels, to purchase personal items, and, in 2016 -- at the direction of Mr. Trump and his presidential campaign -- to promote Mr. Trump's candidacy for political office, court papers said.

Trump's lawyers have said any rule violations were minor.