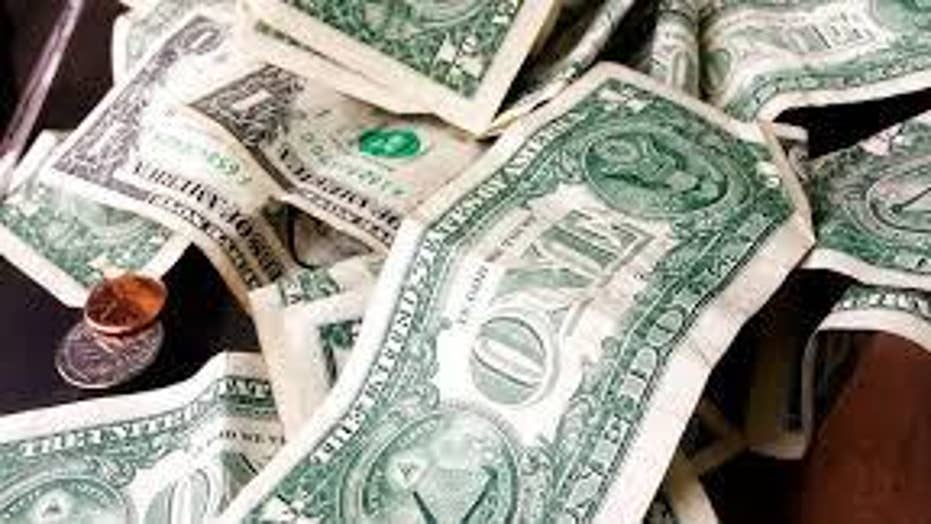 New Jersey’s largest city plans to test whether universal basic income is feasible, making it the latest government to flirt with a program that would guarantee income for residents whether or not they have a job.

Newark Mayor Ras Baraka announced his decision last week to create a task force and pilot program to study whether the program is possible.

UNIVERSAL BASIC INCOME DITCHED IN CANADA, EVEN AS US CITIES TRY WELFARE EXPERIMENT

NEW YORK, NY - MAY 09: Ras j. Baraka speaks on stage at the WSJ The Future of Everything Festival at Spring Studios on May 9, 2018 in New York City. (Photo by Michael Loccisano/Getty Images)

“We believe in Universal Basic Income, especially in a time where studies have shown that families that have a crisis of just $400 a month may experience a setback that may be difficult, even impossible to recover from,” Baraka reportedly said, adding that one-third of the city still lives in poverty.

According to Fox 5 New York, Baraka did not release any further details of the plan, like how it could be funded or when a final decision would be made.

While Newark (where 2020 presidential candidate Sen. Cory Booker used to serve as mayor) is still in the very early stages of examining the program, it has seen little success elsewhere.

In 2017, Finland tested the program, giving 560 Euros ($584) to 2,000 unemployed Finnish citizens per month, with no requirement to find a paying job. By 2019, Finland scrapped the program entirely.

Last summer, Ontario, Canada, also announced it would end a program that gave money to people in low-paying jobs—instead of welfare benefits—after the government found it was “not sustainable” and “expensive.”

But U.S. cities are still pushing the concept.

Last month, Stockton, Calif. became the first city in the nation to actually press ahead with its program, offering $500 prepaid debit cards to a group of 130 adults who live in the city’s lower-income neighborhood, according to The Sacramento Bee.

The mayor of Stockton last year said the program’s purpose is to eventually ensure that no one in Stockton, with a population of 300,000, lives in poverty. The recipients of the cash are able to spend the money on anything they want without any rules or regulations.

Also in California, a startup, Y Combinator, based in Oakland, began a basic income test this year, giving $1,500 a month to randomly selected residents. According to The Technology Review, the test will cost the company $60 million, with 75 percent going directly to the participants. The company plans to run the program for between three and five years.

Chicago also has weighed the option of introducing the program, which would make it the largest city in the U.S. to get on board. Alderman Ameya Pawar, last summer, proposed the legislation, which would provide 1,000 families with a $500 monthly stipend. 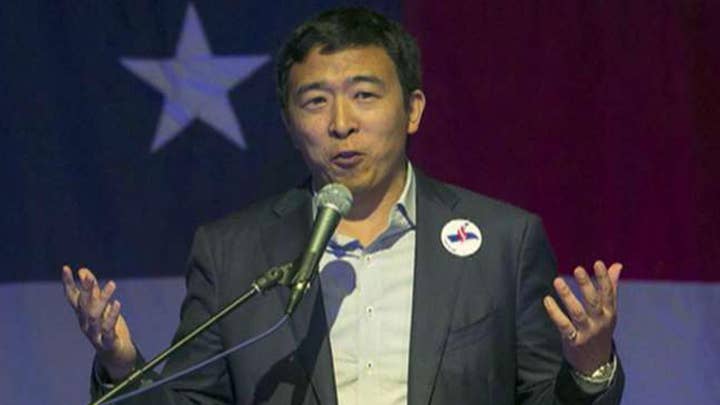 Meanwhile, 2020 Democratic presidential hopeful Andrew Yang is pushing a plan for universal basic income. The entrepreneur from New York City, as of last month, was personally giving away money to families in Iowa and New Hampshire, the states that vote first and second in the presidential primary contests.

"It would help people improve their health, nutrition, pay off some debts and bills that have been hanging over them, reduce their stress levels," Yang told Fox News in an interview last month.

His proposal would involve the government giving $12,000 a year to each adult American.