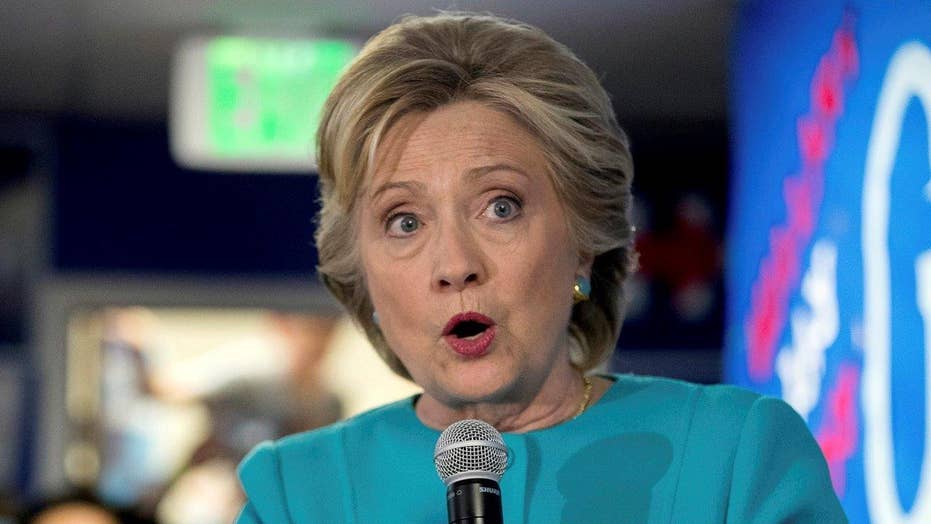 "This is a flashing red light of potential criminality," Republican Rep. Jason Chaffetz of Utah, who has been briefed on the FBI interviews, told Fox News.

He said "there was an alleged quid pro quo” involving Undersecretary for Management Patrick Kennedy and the FBI “over at least one classified email.”

“In return for altering the classification, the possibility of additional slots for the FBI at missions overseas was discussed,” Chaffetz said.

As Fox News previously reported, interviews released earlier this month, known as 302s, reveal the serious allegation that Kennedy applied pressure to subordinates to change classified email codes so they would be shielded from Congress and the public. Fox News was told as far back as August 2015 that Kennedy was running interference on Capitol Hill. But Kennedy, in his FBI interview on Dec. 21, 2015, “categorically rejected” allegations of classified code tampering.

Chaffetz has not read the new documents, which include classified records that must be read in a security facility. But based on a briefing from staffers, Chaffetz said there are grounds for at least "four hearings" after the recess. Chaffetz, who is currently out of town campaigning, said allegations came from witnesses though there is some conflict in the record.

"Both myself and Chairman Devin Nunes of the House Permanent Select Committee on Intelligence are infuriated by what we have heard," he added.

"Left to their own devices the FBI would never have provided these [records] to Congress and waited until the last minute. This is the third batch because [the FBI] didn’t think they were relevant," Chaffetz said.

The second congressional source backed the assessment, and both added that they expect the FBI interviews will be released as early as Monday as part of ongoing FOIA requests.

A spokesperson at the FBI provided a lengthy statement to Fox Saturday night -- disputing Chaffetz's characterization and stating that, while the conversation did happen, the two issues discussed were not connected. The FBI's statement is below:

"Prior to the initiation of the FBI’s investigation of former Secretary Clinton’s personal email server, the FBI was asked to review and make classification determinations on FBI emails and information which were being produced by the State Department pursuant to FOIA. The FBI determined that one such email was classified at the Secret level. A senior State Department official requested the FBI re-review that email to determine whether it was in fact classified or whether it might be protected from release under a different FOIA exemption. A now-retired FBI official, who was not part of the subsequent Clinton investigation, told the State Department official that they would look into the matter. Having been previously unsuccessful in attempts to speak with the senior State official, during the same conversation, the FBI official asked the State Department official if they would address a pending, unaddressed FBI request for space for additional FBI employees assigned abroad. Following the call, the FBI official consulted with a senior FBI executive responsible for determining the classification of the material and determined the email was in fact appropriately classified at the Secret level. The FBI official subsequently told the senior State official that the email was appropriately classified at the Secret level and that the FBI would not change the classification of the email. The classification of the email was not changed, and it remains classified today. Although there was never a quid pro quo, these allegations were nonetheless referred to the appropriate officials for review."

The State Department provided a response Sunday but it did not directly address the alleged discussion of more overseas postings for FBI agents.

“This allegation is inaccurate and does not align with the facts,” State Department Deputy Spokesperson Mark Toner said. “To be clear: the State Department did upgrade the document at the request of the FBI when we released it back in May 2015.”