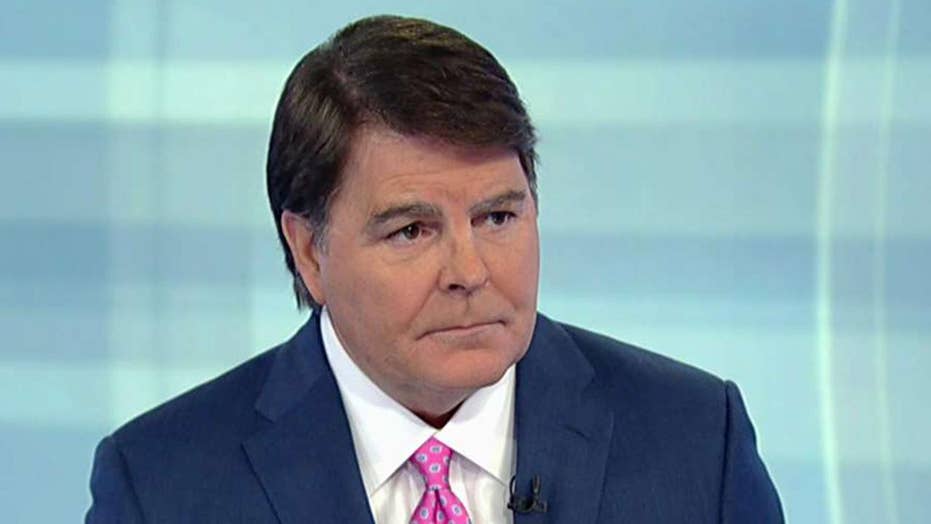 There is little question that senior officials at the FBI and Justice Department committed egregious abuses of power in obtaining the warrants and then moving forward on a baseless investigation of President Trump, now being conducted by Special Counsel Robert Mueller.

In fact, the conduct of high-level FBI and Justice Department officials in this whole matter has been outrageous and disgraceful.

The plain truth is that the spying on Page should never have occurred. Information gathered by the spying was eventually turned over to Mueller, who is investigating allegations that the Trump campaign or perhaps Trump himself may have worked with Russia to help Trump win the presidential election.

The president has stated many times that “there was no collusion” with Russia. As I documented in my book – “The Russia Hoax: the Illicit Scheme to Clear Hillary Clinton and Frame Donald Trump” – supporters of Clinton who wanted to prevent Trump from being elected improperly used their positions in the FBI and Justice Department in an unsuccessful effort to keep Trump out of the White House.

Even though the applications to spy on Page were deficient and deceptive, Yates and McCabe affixed their signatures to at least one of the four warrant applications. They then submitted the applications to the Foreign Intelligence Surveillance Court and obtained warrants to wiretap Page, who worked briefly on a foreign policy board advising presidential candidate Donald Trump in 2016.

The bulk of the information contained in those applications was based on an anti-Trump “dossier” that was not verified and was funded by Trump’s opponents – the Hillary Clinton presidential campaign and Democrats.

It’s of critical importance that this vital information was deliberately concealed from the Foreign Intelligence Surveillance Court.

There is little question that senior officials at the FBI and Justice Department committed egregious abuses of power in obtaining the warrants and then moving forward on a baseless investigation of President Trump, now being conducted by Special Counsel Robert Mueller.

And on top of this, the judges on the court were never advised that the author of the “dossier” – ex-British spy Christopher Steele – had expressed severe bias against Trump and may have had a motive to lie.

Specifically, the judges were not told that Steele had confided to Justice Department official Bruce Ohr that he “was desperate that Donald Trump not get elected and was passionate about him not being president.”

Ohr passed these incendiary comments along to top FBI officials and his colleagues at the Justice Department – together with a warning that the “dossier” might be phony.

But instead of abandoning their warrants or fully disclosing such critical details to the Foreign Intelligence Surveillance Court – as they clearly should have – the FBI and Justice Department represented to the court that Steele was “credible,” even though the FBI had terminated his contract after he lied to officials.

Had the judges been told the truth, it is highly doubtful they would have ever granted approval to wiretap Page.

In seeking their warrants, the FBI and Justice Department boldly and conclusively asserted that Page was a Russian spy. Yet, after a year of secretly monitoring his telephone calls and electronic communications, no incriminating evidence was ever discovered and Page was never charged.

The new information implicating Yates and McCabe reveals that they did not simply sign their names to at least one of the warrant applications. They examined in detail all of the uncorroborated and dubious material that was then presented to the intelligence court.

By signing the documents, Yates and McCabe were attesting to the veracity of material that they either knew or should have known was unreliable, misleading and unverified.

As I noted in a Fox News column last week, submitting unverified information to the Foreign Intelligence Surveillance Court is a direct violation of both FBI and Justice Department regulations. It may also constitute a fraud on the court – a matter that Congress has been investigating.

The confirmed testimony dealing with FBI and Justice Department misconduct comes from Trisha Anderson, who served as the deputy general counsel of the National Security Law Branch, a division of the FBI. The division is in charge of counterintelligence lawyers and Foreign Intelligence Surveillance Act cases for the bureau.

Anderson reported directly to James Baker, who was then FBI general counsel, when the FBI and Justice Department obtained four successive warrants from the Foreign Intelligence Surveillance Court to wiretap Page.

Here is the relevant part of Anderson’s testimony before the House Judiciary and Oversight Committees on Aug. 31, which only recently came to light:

“The sensitivity level of this particular FISA resulted in lots of very high level attention both within the FBI and DOJ. The general counsel (Baker) … personally reviewed and made edits to the FISA, for example. The deputy director (McCabe) was involved in reviewing the FISA line-by-line. The Deputy Attorney General (Yates) over on the DOJ side of the street was similarly involved, as I understood, reviewing the FISA application line-by-line.”

Anderson explained that Yates and McCabe did not merely rely on Baker’s vetting of the warrant application:

“I would not say that this was a circumstance where there was any deference given to Jim Baker. In other words, when Andy McCabe looked at it, certainly when Sally Yates looked at it, I don’t believe they were simply relying on the judgment of Jim Baker having reviewed the application,” Anderson said. “My understanding and my impression at the time was that they very much gave it their own de novo independent review and that, you know, it was very carefully reviewed by those individuals.”

Anderson’s testimony is a damning indictment of Yates, McCabe, Baker and others, who appear to have intentionally abused the FISA process in order to frame Trump in their quixotic scheme to prove that he “colluded” with Russia to steal the 2016 presidential election.

Baker admitted during his own congressional testimony Oct. 3 that he was very involved in the drafting of the FISA warrant application.

Here’s the bottom line: The FBI and Justice Department officials used an unverified and likely fictitious “dossier” to launch a damaging investigation of Trump without credible evidence or probable cause. They used that same document as a pretext to spy on the Trump campaign, perpetrating a fraud on the intelligence court.

Then, when Comey was fired for just and ample cause, the FBI sought retribution by opening a new counterintelligence investigation to determine if Trump was actually working for Russia.

When powerful forces in government misuse their positions of trust to subvert the legal process and target or punish people for personal or political reasons, democracy is threatened. Reverence to the rule of law is lost and corruption prevails.