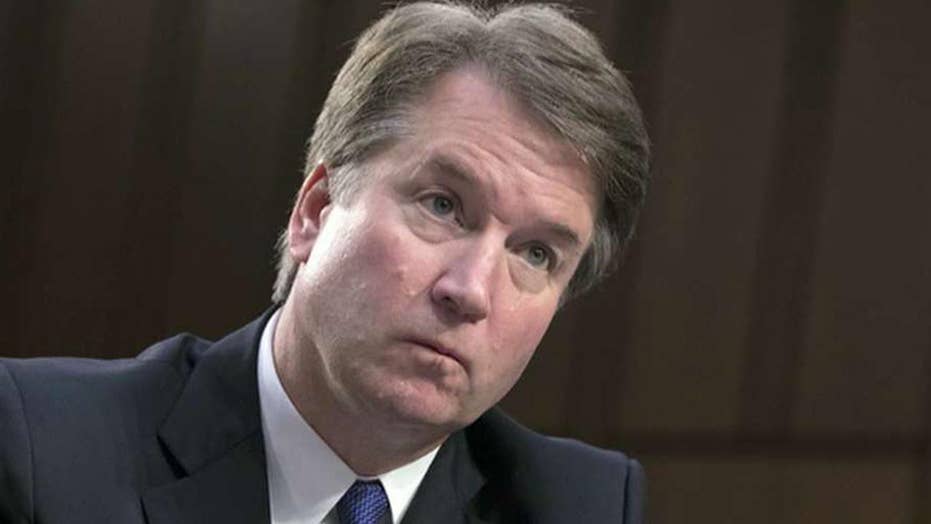 In the moments before his make-or-break appearance before the Senate Judiciary Committee to dispute allegations of sexual assault in high school, then-Supreme Court nominee Brett Kavanaugh was getting sharply conflicting advice.

Some advisers and friends were urging Kavanaugh to embrace George W. Bush-like restraint in pushing back; others recommended a full-throated Trump-esque denial.

After one aide, on that September 2018 day of his testimony, suggested Kavanaugh be gentle in talking about accuser Christine Blasey Ford’s allegations, a fired-up White House counsel Don McGahn demanded everyone leave the Capitol Hill war room where the nominee was preparing. “Everyone!” McGahn shouted, even prompting Kavanaugh’s wife, Ashley, to get up, before being told she could stay.

These and other newly reported details about Kavanaugh's fiery confirmation process are included in the forthcoming book “Justice on Trial: The Kavanaugh Confirmation and the Future of the Supreme Court,” written by Mollie Hemingway and Carrie Severino. The book is set for release Tuesday.

Kavanaugh, that day, opted for the latter approach. Visibly emotional and angry, Kavanaugh told senators on the Judiciary Committee that he was being falsely accused and his name had been "totally and permanently destroyed" by these "false" allegations.

He was responding to the testimony that same day from Ford, who maintained she's "100 percent" sure he tried to force himself on her 36 years earlier.

"Brett's assault on me drastically altered my life," Ford told the committee.

Kavanaugh's decision to discard deference for Democratic senators and passionately fight back against the allegations may have helped save his nomination. But the book reports that Kavanaugh’s advisers were split on how he should approach that day.

“Kavanaugh had been deluged with advice until the end. His Bush friends, by and large, told him ... not to show too much emotion,” Hemingway and Severino wrote. “But he received calls from a few senators encouraging him to show his righteous indignation.”

Hemingway is a writer at the Federalist website and a Fox News contributor. Severino is the chief counsel of the conservative Judicial Crisis Network, which advocated for Kavanaugh’s nomination.

The authors reported that McGahn, who worked to shepherd the nomination through Congress, was worried there were “too many people” telling Kavanaugh “too many things.”

They also detailed how Kavanaugh tore up his planned opening remarks the day before the hearing, after anti-Trump lawyer Michael Avenatti went public with allegations from a client claiming Kavanaugh was involved in gang rapes in high school – an accusation Kavanaugh later dismissed as a “farce.”

Kavanaugh finished writing his remarks the night before, the authors wrote, but made one addition the day of the testimony – adding a story about his daughter Liza saying they should pray for Blasey Ford. 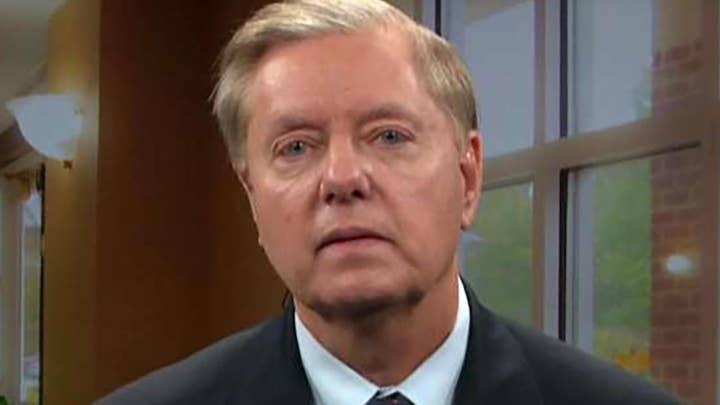 “He added a note with a black Sharpie permanent marker, his editing tool of choice. Having learned from practice that some parts of the speech would be hard to make it through, he had indicated with his Sharpie where to stop to breathe,” the authors wrote.

The book acknowledges one misstep Kavanaugh made in front of the cameras that day after Minnesota Democratic Sen. Amy Klobuchar asked him if he’s ever had so much to drink he could not remember the previous evening. “Have you?” an annoyed Kavanagh shot back.

During a recess, Kavanaugh’s wife told him to clean up his comments.

“As soon as they returned to the holding room, McGahn told Kavanaugh it was time to reel it in,” the authors wrote. “Ashley told Kavanaugh to calm down and encouraged him to find a way to address what he had said.” Kavanaugh apologized to Klobuchar after the break. 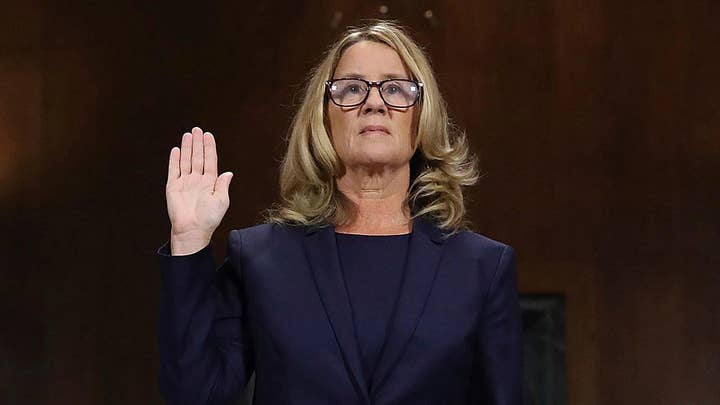 The book credits South Carolina Republican Sen. Lindsey Graham’s defense of Kavanaugh during the hearing as a major turning point, saying it was “cathartic for those Americans whose views had been sidelined by the media in the previous two weeks.” Graham raised his voice in calling the hearings the “most unethical sham since I’ve been in politics” and turning to Democrats said, “Boy, y’all want power. God, I hope you never get it.”

After the explosive hearing, Kavanaugh took phone calls from both Trump and former President George W. Bush to “commend him for his testimony,” the book said.

“Text messages and emails poured in from people he knew in high school, college, law school, the independent counsel’s office, and the White House. He heard from people he knew during his clerkships and parents of children he had coached,” the authors wrote. “It was a survey of his life’s work, and it was reassuring and encouraging.”