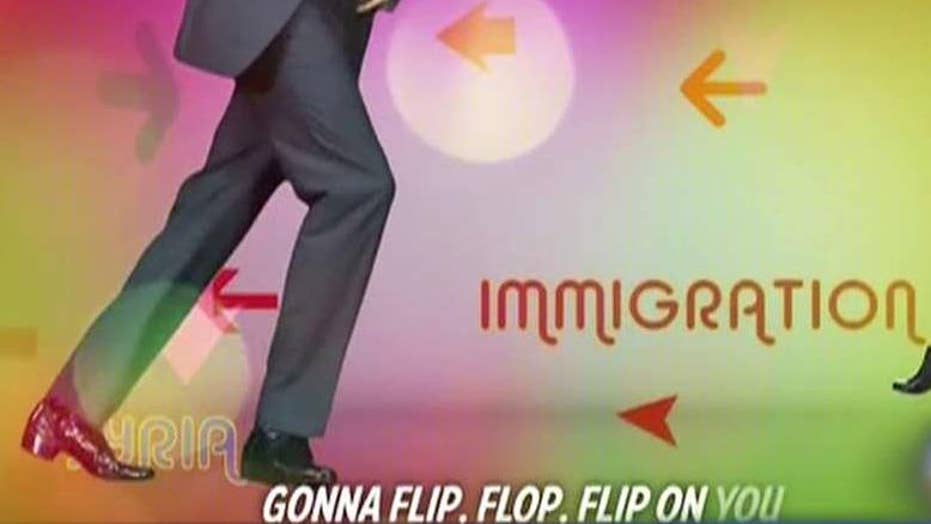 Voters say they hate negative ads – but if Iowa is any gauge, the campaigns aren’t too worried about that.

Up to a third of the Republican ads that aired in Iowa could be considered attack spots, pointing out the inconsistencies and flip-flops of rival candidates. Why so much negativity? Well, it works, analysts say.

Anyone looking to pore through those ads and more can go to the Political TV Ad Archive. The archive, a project of the nonprofit Internet Archive, provides a searchable, viewable and shareable online archive of 2016 primary election political TV ads.

By assembling and cataloging every ad produced and aired, the group found the campaigns bombarded Iowa viewers with more than 350 hours of political ads in December and January. In Iowa and New Hampshire alone, during a two-month period, voters saw more than 900 ads a day, produced by a candidate or their PAC.

"The clutter is huge," said Carrick, who served as the late Sen. Ted Kennedy's political director and as national manager for Richard Gephardt's presidential campaign. "Breaking through that clutter is really one of the big imperatives of all of the advertising teams."

In Iowa, Hillary Clinton led all candidates with more than 5,200 minutes, or 87 hours, of ads. Bernie Sanders was a close second. Sen. Marco Rubio bought the most time of any Republican, with 3,400 minutes -- almost double Sen. Ted Cruz and Donald Trump. Trump and Rubio were each targeted in 13 negative ads, more than any other candidate. For former Florida Gov. Jeb Bush, that number was only five.

Cruz produced more negative ads than any other candidate, but a single Trump spot attacking Cruz on immigration aired 1,377 times -- among the highest of all negative spots. The single most-aired negative ad was paid for by a Jeb Bush super PAC attacking Rubio for flip-flopping on a variety of issues.

The most-aired spot -- at 1,850 times -- featured Sanders attacking Wall Street, followed by a Trump spot featuring the candidate's views on immigration and terrorism -- at 1,759 times.

And while most fact-checkers go after the half-truths and exaggerations of attack spots, Carrick said critics usually find bigger fibs in the positive ads.

"When the candidates start bragging on themselves, it tends to get a little bit embellished," he said. "While the negative ads, they've got flying newspaper headlines and verification, and backup because people [see] they're news as opposed to entertainment."