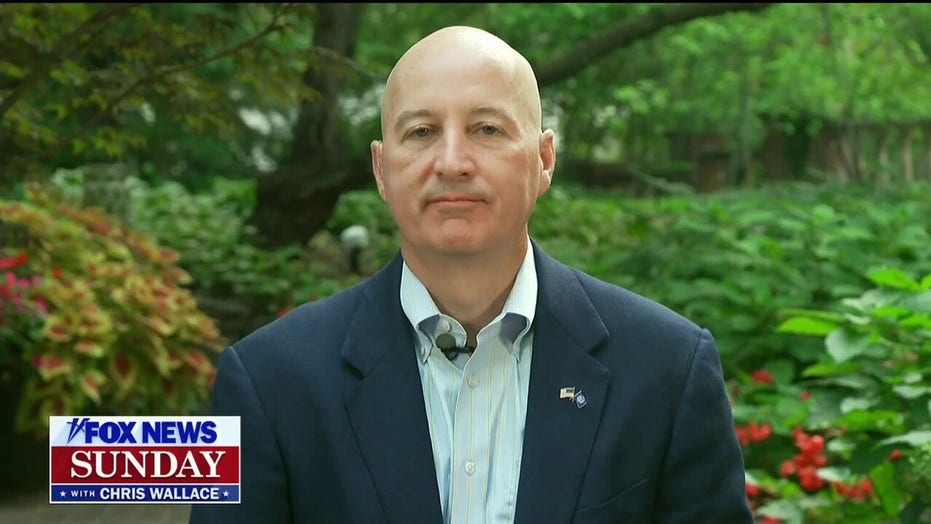 Nebraska Gov. Pete Ricketts says President Biden has not attended any of his administration's weekly COVID-19 briefings with governors

Nebraska Gov. Pete Ricketts, a vocal opponent of President Biden's planned vaccine mandate on businesses with more than 100 employees, said the president is out of touch with how different parts of the country are handling the coronavirus pandemic.

Ricketts criticized Biden for a lack of communication with states, noting that since taking office he has not participated in any of the weekly phone calls the White House has with the nation's governors.

"The president should look at the data, and maybe the president should attend one of the weekly calls his administration has with all the governors – he's not been on one yet, since he's been President -- and maybe talk to some of the governors and ask them about what's going on in their states because he appears to be pretty ignorant of what's going on in places like Nebraska," Ricketts told "Fox News Sunday."

The governor said that his state has the third lowest mortality rate in the nation when it comes to COVID-19, that they have their hospital capacity under control, and that when it comes to Nebraskans between the ages of10 and 19, in 2020 they were "26 times more likely to die in a car accident than you were of COVID-19."

Biden's mandate  requires all federal workers and contractors to get vaccinated, with no option to undergo testing instead. The president is also directing the Occupational Safety and Health Administration to require private companies with more than 100 employees to make workers either be vaccinated or get weekly testing if they object to the vaccines for religious or health-based reasons.

Ricketts says he wants people to get vaccinated, but the government should not be forcing them to do it.

"First of all, we have been encouraging people to get vaccinated. We’ve been providing information and encouraging people to reach out to their neighbors because vaccines work and they will help people," Ricketts said Sunday. "But it should be a personal health care choice. This is not something that the government should mandate and somebody shouldn’t have to make the choice between keeping their job and getting a jab in the arm. I mean, it’s just wrong."

Host Chris Wallace pointed out that Nebraska schools already require students to get vaccinated against illnesses such as measles, chicken pox, polio, and hepatitis B. Ricketts said those vaccines are different because they have a long history that parents are able to look at.

Ricketts has threatened a legal challenge against the mandate, and Sunday he said State Attorney General Doug Peterson is exploring options along with his counterparts in other states.

"He’s coordinating with the other attorneys general across the country who share similar views about the overreach," Ricketts said. "This is an egregious overreach of federal authority. And as we see what these rules are we will be able to know exactly how we will be able to challenge them in court. I'm also talking with my colleagues around the country as well the other governors who feel the way I do, and we'll be working on other strategies."