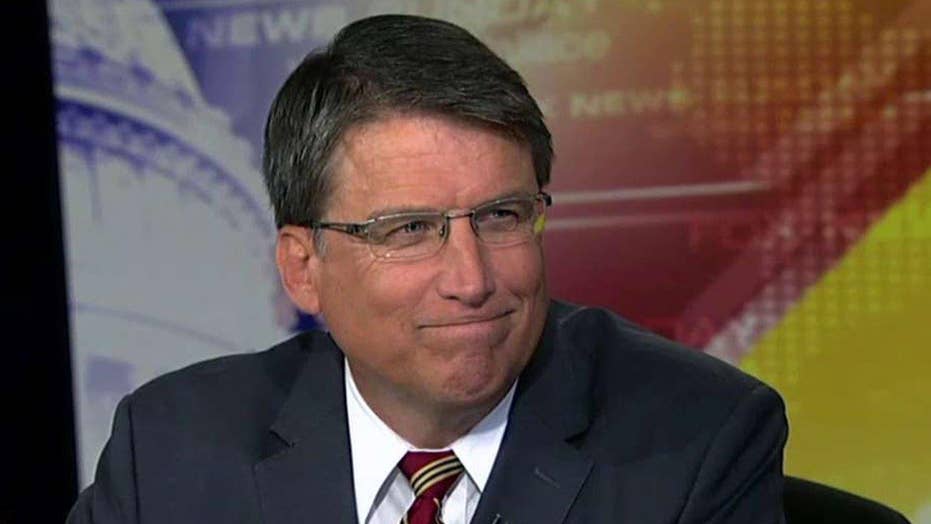 However, McCrory would not say what his decision will be when repeatedly pressed for an answer, saying only that he’s exploring “all legal options.”

One option would likely be a court challenge.

The state law requires transgender people to use bathrooms that correspond with the sex on their birth certificate. The Justice Department says that's against the federal law.

McCrory says the North Carolina law applies only to government offices, universities and road-side rest stops, not every bathroom in the state.

The governor also said he asked the department for an extension and was given only until the close of business Monday.

“I don’t think that three working days is enough time for such a pretty big threat,” he told Fox News. "It’s the federal government being a bully, making law.”

McCrory also said he doesn’t have the legal authority to change laws and that the expectation that he can is “unrealistic.”

McCrory, who signed the bill into law in March, said last week that the department seems to be breaking new ground in claiming the North Carolina law violates Civil Rights Act protections against discrimination in education and the workplace.

And he said the administration's warning means the issue is no longer confined to North Carolina and could impact other states.

“This is not just North Carolina,” said McCrory, arguing that every university that accepts federal funding is now in the same situation as those in his state.

Meanwhile, the administration is expected to soon take the bathroom issue further, to ensure that transgender student rights are fully protected under federal law, according to Politico. The move reportedly would be related to a federal law that prohibits sex-based discrimination in federally funded education programs and activities, and multiple agencies are expected to be involved.