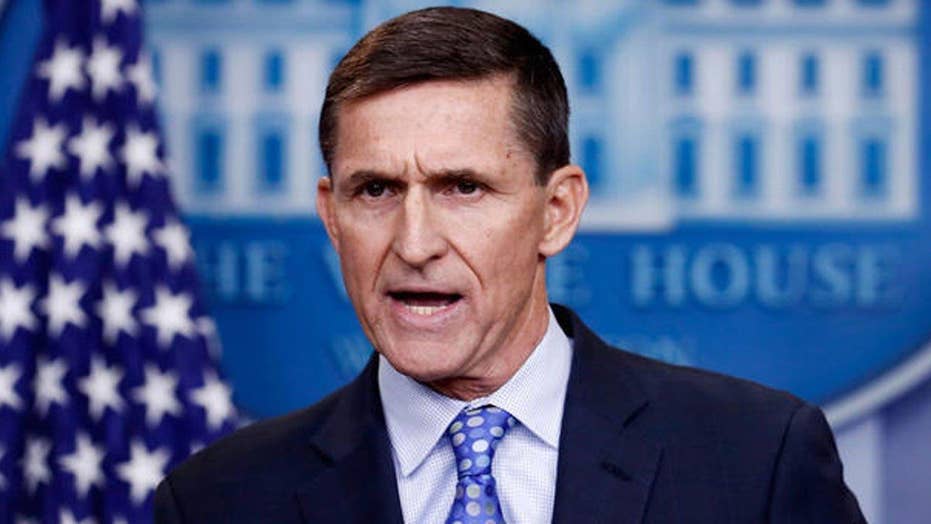 The Washington Post reported Thursday the conversations between Flynn and Russian Ambassador Sergey Kislyak might have been inappropriate and possibly illegal, according to some U.S. officials.

The reported talks raised some eyebrows due to the timing. U.S. intelligence agencies were wrapping up their investigation into Russia’s influence into the 2016 election, which ended with the Obama administration imposing sanctions on Moscow.

The talks between Flynn and Kislyak started before the election and continued during the Trump’s transition into the White House, The Post reported, citing unnamed officials. Kislyak had confirmed that he talked with Flynn on text message, phone call and even in person. He decline to say whether sanctions ever came up.

The administration has been denying the report of conversations.

“They did not discuss anything having to do with the United States’ decision to expel diplomats or impose censure against Russia,” Vice President Pence told CBS News last month.

Flynn was asked in an interview Wednesday if he had ever discussed sanctions with Kislyak and twice he denied the charge. However, Flynn’s spokesman said he “indicated that while he had no recollection of discussing sanctions, he couldn’t be certain that the topic never came up.”

The officials interviewed by the paper said despite the denials, there were flagrant references to election-related sanctions in the discussions.

Flynn had told Russia not to overreact to Obama’s penalties, hinting that the two sides could review the matter at a later date after Trump was sworn in as president, two officials said.

The debate over whether Flynn had violated the law against unauthorized citizens interfering in disputes with foreign governments had since escalated among Obama administration officials and intel agencies.

However, U.S. officials believe that trying to build a case for Flynn would be tough and that such law stems from a 1799 statue and has never been prosecuted.