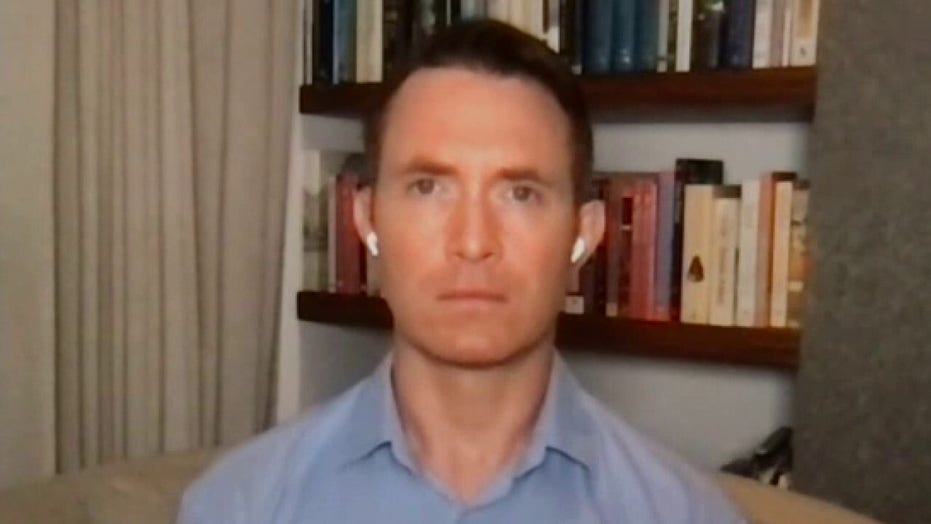 The National Archives' task force on racism claimed in a little-noticed report to the U.S.’s top librarian that the Archives' own Rotunda – which houses the Declaration of Independence, the U.S. Constitution and the Bill of Rights – is an example of "structural racism" and that the Founding Fathers and other White, historically impactful Americans are portrayed too positively.

The report was completed in April and released this month but has so far flown under the media radar. The task force claims that structural racism "unequivocally impacts" how National Archives and Records Administration (NARA) employees interact with each other, customers and the historical records themselves.

Some examples of "structural racism" were provided in the summary of the report, including "legacy descriptions that use racial slurs and harmful language to describe BIPOC communities," which includes actual racial slurs alongside terms such as "elderly," "handicapped" and "illegal alien."

Additionally, the report categorized the National Archives' Rotunda as another example of "structural racism" as it "lauds wealthy White men in the nation's founding while marginalizing BIPOC [Black, Indigenous and other People of Color], women, and other communities."

The task force suggests ways to "reimagine the Rotunda," including staging "dance or performance art in the space that invites dialogue about the ways that the United States has mythologized the founding era."

The task force claims that structural racism "unequivocally impacts" how National Archives and Records Administration (NARA) employees interact with each other, customers and the historical records themselves. ( AP Photo/Ron Edmonds)

The report also called for "trigger warnings" to be put in place with historical content to "forewarn audiences of content that may cause intense physiological and psychological symptoms."

"Providing an advisory notice to users gives us an opportunity to mitigate harm and contextualize the records," the report reads. "It creates a space to share with the public our ultimate goals for reparative description, demonstrate our commitment to the process, and address any barriers that we may face in achieving these goals (i.e., the size and scope of the Catalog and the ever-evolving knowledge we gain regarding what is harmful)."

The task force's report also calls for a change to language on OurDocuments.gov — a website on American "milestone documents" such as the Constitution and Declaration of Independence — to be less celebratory of historically impactful Americans, such as former President Thomas Jefferson.

"OurDocuments.gov features transcripts and historical context of ‘100 milestone documents of American history’ but often uses adulatory and excessive language to document the historical contributions of White, wealthy men," the report reads before taking aim at Jefferson.

"For example, a search of Thomas Jefferson in OurDocuments.gov brings up 24 results. He is described in this sample lesson plan as a ‘visionary’ who took ‘vigorous action’ to strengthen the ‘will of the nation to expand westward,’" the report continues.

"The plan does not mention that his policy of westward expansion forced Native Americans off their ancestral land, encouraged ongoing colonial violence, and laid the groundwork for further atrocities like the Trail of Tears," it added.

Additionally, the report calls for "the creation of safe spaces in every NARA facility" and says NARA has "a responsibility to eliminate racist language in archival descriptions and revise the policies and practices that led to it."

The task force said that "racist language" includes "not only explicitly harmful terms, such as racial slurs, but also information that implies and reinforces damaging stereotypes of BIPOC individuals and communities while valorizing and protecting White people," the report reads. "Descriptive terminology cannot be divorced from its context."

Cassie Smedile, executive director of conservative group America Rising, said that the report is "the radical Left's latest attempt to sow division and rewrite our history."

"With Democrats controlling every lever of our government, these efforts have only become more flagrant and pervasive. No institution, agency or classroom is off limits," Smedile told Fox News in an email. "The American people deserve to be made fully aware of the radical Left's schemes, and we'll continue to expose them."

National Archivist David Ferriero commissioned the task force in response to George Floyd's death last year, the report notes. Ferriero has served in the position since 2009, after he was nominated by former President Obama and confirmed by the Senate. The position has an indefinite term length.

NARA did not respond to Fox News' request for comment.