House Speaker Nancy Pelosi has wielded her power to quash a faction of Democrats rallying for President Trump’s impeachment, but frustrated members within the party say the president is one misstep away from “that dam collapsing,” according to a Sunday report.

Since reassuming leadership over the house, Pelosi has thwarted her party’s liberal wing from going forward with impeachment proceedings, encouraging them to instead focus on other issues like health care.

Speaker of the House Nancy Pelosi, D-Calif., reflects on President Donald Trump's statement that he would accept assistance from a foreign power.  (AP)

“I don’t think there’s anything more divisive we can do than to impeach a president of the United States, and so you have to handle it with great care,” Pelosi told CNN on Sunday. “It has to be about the truth and the facts to take you to whatever decision has to be there.”

Some lawmakers say their deference to Pelosi is out of respect for the speaker’s political expertise, and agree that impeachment would do more harm than good.

“She is the single smartest strategist that we’ve ever had…People are not wanting to second guess her because she’s been right on so many fronts,” Rep. Jan Schakowsky, D-Ill., told the Washington Post.

But other Democratic lawmakers, like Rep. Kurt Schrader, D-Ore., admit they toe the party line out of fear. 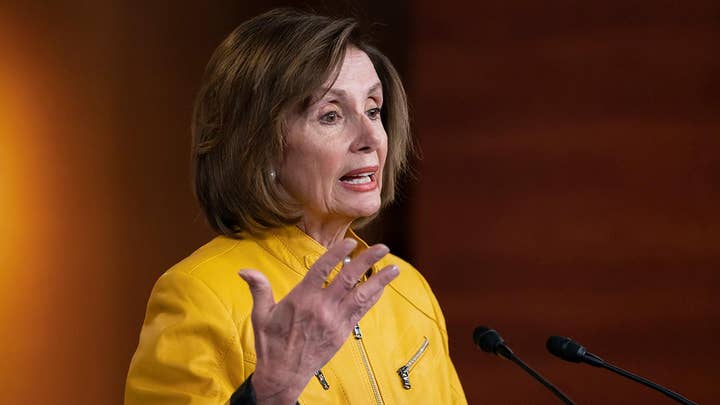 “One, you want to be a team player and support the leader’s position, but secondly you’re worried about your own self and…what can happen if you don’t follow along,” Schrader told the paper.

Some argue that President Trump’s defiance of congressional investigators will eventually break the divide between moderate Democrats and its liberal wing.

Rep. Gerald E. Connolly, D-Va., described Pelosi’s hold over Democrats as “fragile” because “we’re kind of one event, one piece of explosive testimony, one action by Trump away from that dam collapsing.”

The Democrats’ pro-impeachment camp howled this week after Trump said in an interview with ABC that he’d be willing to listen if a foreign government had dirt on an opponent. Yet despite the familiar refrain of impeachment, Pelosi didn’t budge an inch on impeachment after Trump’s comments.