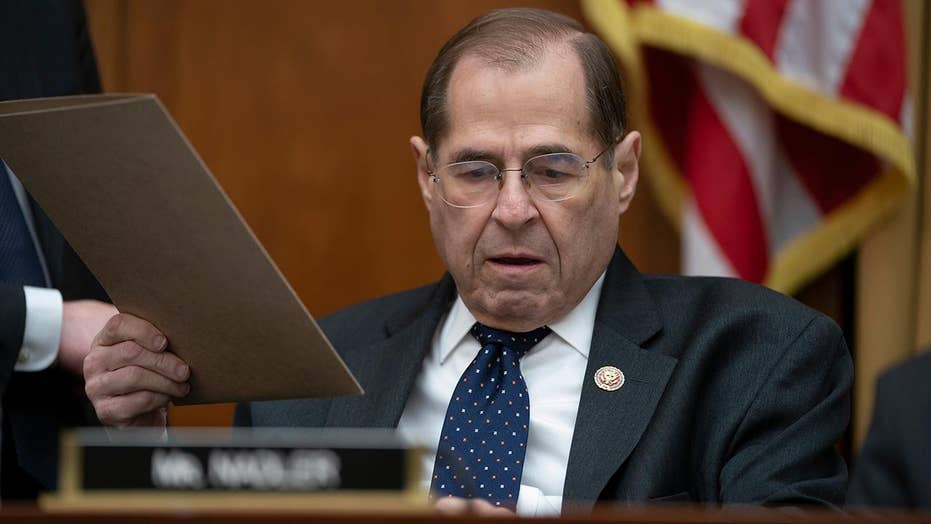 With U.S. Attorney General Bill Barr brushing aside requests to release a fully unredacted version of the Mueller report to Congress, Democrats have been threatening to hold him in contempt.

This comes as the Trump administration is also refusing a House request for the president's tax returns.

While there is certainly precedent for an administration official to be held in contempt, it remains a complex process. Here's what it means:

If someone fails to comply with a congressional subpoena, like the one issued by House Judiciary Chairman Jerrold Nadler, D-N.Y., there are a number of ways officials can handle it. The most common is to seek a criminal contempt charge.

Federal law states that if a person refuses to give testimony or produce documents requested by a congressional subpoena, they can be charged with a misdemeanor, and punished with up to a year in jail and a fine of up to $1,000.

The first step in this process would be for the House Judiciary Committee to vote on the matter. Nadler has called for a vote Wednesday. If the committee votes against Barr, it would then be up to the full House to approve a resolution for Speaker Nancy Pelosi, D-Calif. to certify a statement of facts and send it to the D.C. U.S. Attorney's Office, which would then bring the case before a grand jury for a potential indictment.

Another option at Nadler's disposal is civil contempt. This would involve the House Judiciary Committee filing a lawsuit in federal court, seeking an order requiring Barr to comply with a subpoena. If the court grants such an order and Barr refuses to comply, he could be held in contempt of court. As the Congressional Research Service noted in a report, the House Judiciary Committee first tried this approach in 2008, after former White House Counsel Harriet Miers and White House Chief of Staff Joshua Bolten refused to comply with a subpoena.

A third, rarely used option is Congress' inherent contempt power. If House Democrats choose this route, they would have the House Sergeant-at-Arms bring Barr before the House, who could then have Barr detained in the Capitol jail, but he would have to be released at the end of the current congressional session. This method has not been used since 1935, as it has proven ineffective and time-consuming for Congress.

While House Democrats have several options at their disposal, Barr would have defenses, as well. In past cases where executive branch officials have been the subject of inherent or criminal contempt charges, administrations have cited executive privilege as a defense, and simply called for the cases not to be prosecuted. This happened in the cases of Miers, Bolten, and Obama administration Attorney General Eric Holder.

A defense that Barr would have in a potential civil contempt case with regard to redactions of the Mueller report is that some of the redactions were made to protect grand jury information, which is kept secret according to the Federal Rules of Criminal Procedure.

Rule 6(e) in particular gives specific instances of when a court is permitted to order the disclosure of such material. A D.C. Circuit Court opinion from April made it clear that outside of those situations, a court does not have the authority to order disclosure.

The opinion, from the case of McKeever v. Barr, noted that disclosure of secret grand jury material related to the Watergate investigation was allowed, but that was because it was part of an impeachment probe that fell under Rule 6(e)'s exception for judicial proceedings.

With Democrats unwilling to open such an investigation at this time, a court may rule that Barr would not have to disclose a fully unredacted version of the Mueller report.