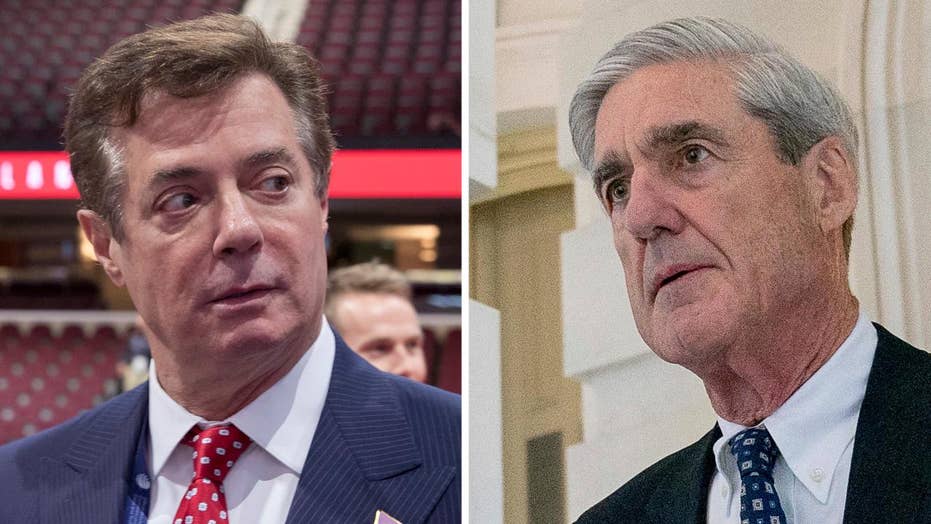 Mueller's probe heats up with FBI search of Manafort's home

The Justice Department has reportedly given special counsel Robert Mueller the original letter that President Trump wanted to use as grounds for firing FBI Director James Comey, as part of Mueller’s investigation into whether the Trump campaign colluded with Russia during the 2016 White House race.

The letter was written in the days before the May 9 firing of Comey but was never sent after objections from the president's lawyer and others, The Associated Press reported, citing two people familiar with the process but not authorized to discuss it publicly and who spoke on the condition of anonymity.

The letter was first reported Friday by The New York Times.

The letter could provide Mueller’s team with insight into Trump’s thinking as he prepared to oust the FBI director. At the time Comey was overseeing the FBI investigation into whether Russia interfered in the presidential campaign.

On May 9, the White House released another letter announcing Comey's firing. That one was signed by Deputy Attorney General Attorney Rod Rosenstein and cited Comey’s handling of the Hillary Clinton email investigation as a basis for his dismissal.

Trump had been fuming about Comey for weeks, upset that he would not say publicly that the president was not under investigation, which Trump said Comey had assured him privately.

That was said to be in the first letter and was part of the president's rationale for firing Comey. It was later excised -- only to be partially restored in the final letter at Trump's behest.

The White House has said Trump was acting on the Justice Department's recommendation when he fired Comey, though the president said in a television interview days later that he was thinking of "the Russia thing" when he made the move and had planned to fire Comey "regardless of recommendation."

One week after Comey was fired, Rosenstein appointed Mueller as special counsel to oversee the Russia investigation.

That investigation is also looking into the financial dealings of several Trump associates.

During a May weekend at the president's New Jersey golf club, Trump asked White House aide Stephen Miller to draft a letter outlining a case for Comey's firing, the AP reported.

But the letter was not sent because White House counsel Don McGahn thought some of its content was problematic, one of the people familiar with the letter told the AP, which has not reviewed the letter.

Rosenstein, in a statement to Congress, has said that he learned on May 8 of Trump's plans to fire Comey, and that he agreed with the decision.

He has said one of his first conversations with Attorney General Jeff Sessions, who recused himself from the Russia probe, included a discussion about the need for new leadership at the FBI.

Rosenstein wrote a memo to Sessions summarizing his concerns about the FBI director's performance and said he finalized it the next day and presented it to Sessions. He said he did not intend for his memo to be a "statement of reasons to justify a for-cause termination," and that it was "not a survey of FBI morale or performance."

Instead of using the letter Miller penned, a separate letter written by Rosenstein that focused on Comey's handling of the investigation into Hillary Clinton's private email server was sent to the FBI director when he was dismissed.