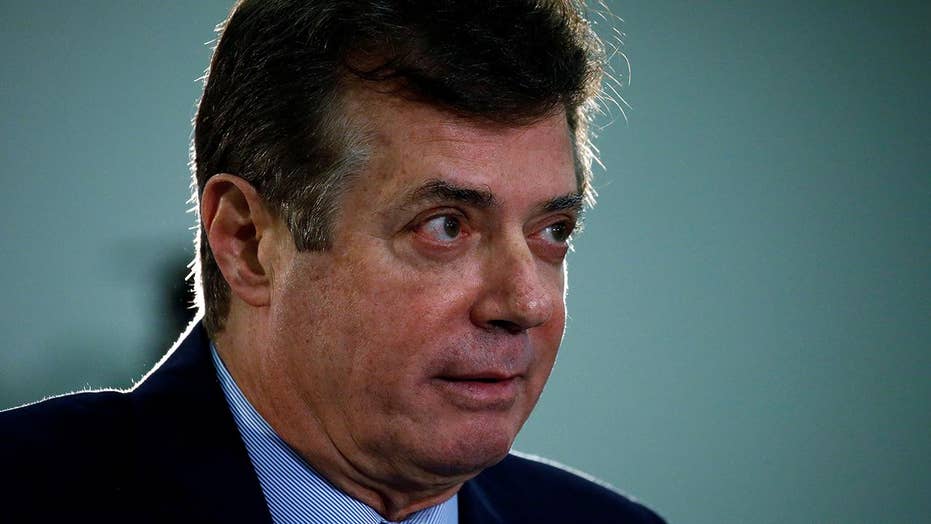 Media getting ahead of the facts on Manafort story?

When a report surfaced that federal agents picked the lock on Paul Manafort’s front door for a surprise raid over the summer while the former Trump campaign chairman was in bed, it was also a wake-up call for prominent Houston attorney Tom Kirkendall.

“Here is a United States citizen where the FBI is coming in, picking his lock, and raiding his home in the early morning, over what? It doesn’t matter which side you’re on. It’s just crazy. We’re not the Soviet Union. It’s appalling,” said Kirkendall, who has worked on cases involving one of the special counsel’s key investigators, Andrew Weissmann.

The intensity of the focus on Manafort is widely seen as a potential effort by Special Counsel Robert Mueller’s team to pressure him into providing information on others, possibly President Trump himself, in the Russia probe.

But the “brass-knuckle” tactics have raised eyebrows in the legal community.

The Manafort investigation has been the subject of numerous leaks, including new details about the so-called FISA warrant reportedly used to eavesdrop on his calls last year. Warrants issued by a FISA court, which stands for Foreign Intelligence Surveillance Act, are supposed to be highly secret.

“It is not at all common” to reveal a FISA warrant publicly, former attorney general Michael Mukasey told Fox News. “FISA warrants are obtained for the purpose of gathering intelligence, a purpose that obviously would be defeated by revealing a warrant publicly.”

The leaks could be coming from any number of sources due to the multiple ongoing investigations on Capitol Hill as well as the special counsel probe – in addition to the dissemination of sensitive information by Obama administration figures in its final days.

But former federal prosecutor Andrew McCarthy said he “wouldn’t be the least bit surprised” if some of the leaks were coming from the special counsel.

“Look, they clearly went out of their way to intimidate Manafort with the brass-knuckle way they did the search of his Virginia home,” McCarthy said. “They are trying to squeeze him, so I would not put it past them to use leaks if they think that might help increase the pressure on Manafort to flip. But we don't have slam-dunk evidence that they are behind the leaks.”

There are other signs of unusually aggressive tactics in this investigation.

'They clearly went out of their way to intimidate Manafort.'

The New York Times, which reported on how agents picked the lock during the July raid, also said Mueller followed up with a warning that his prosecutors planned to indict him.

Fox News reported last month that the raid lasted 10 hours and involved a dozen federal agents, who seized documents labeled “attorney-client,” according to a source close to the investigation.

While Mueller has assembled a large team, one of its most prominent investigators is former U.S. attorney Weissmann, who had overseen a series of controversial prosecutions that ultimately resulted in dismissed convictions and formal allegations of prosecutorial misconduct.

For example, when Weissmann was leading the Enron Task Force, he sent former Merrill Lynch executive William Fuhs to a maximum-security prison in Oklahoma, 700 miles from his wife and two small children in Denver.

Fuhs spent the next year behind bars before being released on bail. The Fifth Circuit Court of Appeals later ruled that there was no evidence upon which a reasonable jury could find that he violated the law, and his conviction was vacated.

When contacted by Fox News, Fuhs and his attorney refused to be quoted on the case, citing the anxiety caused by the experience. But Kirkendall told Fox News, “It’s déjà vu with what’s happening against Mr. Manafort. Fuhs and his family lost a year of their lives because of a completely misguided prosecution.”

Weissmann also helped prosecute Anderson Consulting, which led to a conviction of the firm, its eventual closure and the loss of 28,000 thousand employees. In a highly unusual unanimous decision, the Supreme Court later overturned and dismissed that conviction as well.

“That was a tremendous example of horrifying prosecutorial misconduct,” Kirkendall said. Weissmann, at the time, denied there had been any intimidation of witnesses. ''There is no factual basis'' to the allegation, he said in 2002. ''It is just not true.''

Former federal prosecutor Sidney Powell was so outraged after a case involving Weissmann that, in 2012, she filed a formal complaint of prosecutorial misconduct with the Texas bar and the DOJ’s Office of Professional Responsibility. The complaint alleged witness threatening, withholding exculpatory evidence, and the use of “false and misleading summaries.” After reviewing the complaint, the Obama administration’s OPR found no ethical violations

Now a Dallas-based federal appeals attorney, she wrote a book about the experience, called “Licensed to Lie.” She still maintains Weissmann and his task force “made up a crime,” alleging the team gave the defendants “false and misleading summaries of what witnesses had told the government.”

Powell sees similar tactics with the Manafort probe. “They will do whatever it takes to nail him. Instead of investigating crimes, they’re trying to pin crimes on him,” she said.

The special counsel’s office declined to comment, when asked by Fox News about the concerns over the tactics in the Russia investigation as well as over Weissmann's past cases.