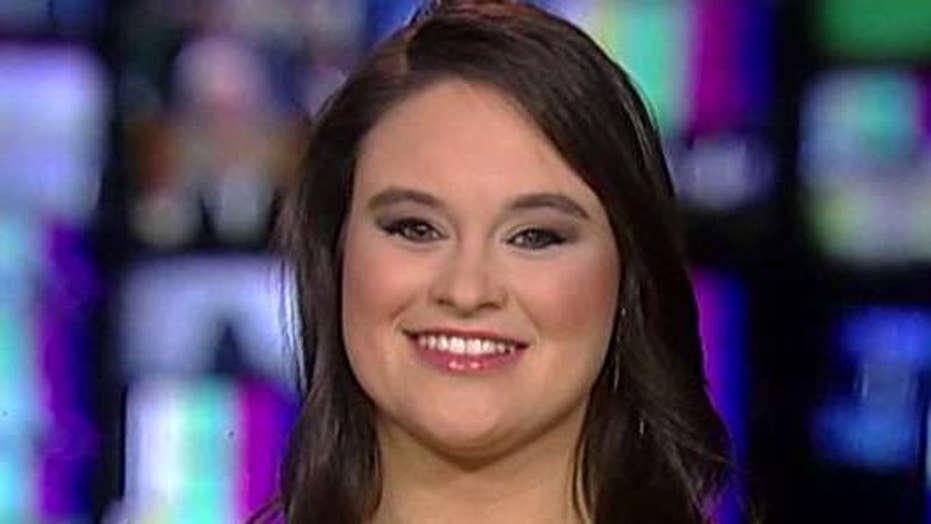 Mom of crying baby defends Trump: I thought it was hilarious

On 'Happening Now,' Devan Ebert describes what really happened at the rally

The mother at the center of what was arguably last week’s most bizarre campaign trail dust-up – Donald Trump supposedly kicking a baby out of a rally – tried Monday to set the record straight.

Speaking with Fox News, Devan Ebert took issue with the way the incident has been reported, defending the candidate and saying she wasn’t insulted, “not one little bit.”

“It’s just so crazy,” she said, of the way the incident was portrayed.

Ebert has been in the spotlight ever since Trump remarked on her baby’s crying at a rally last week in northern Virginia.

At first, the Republican presidential nominee told the mother not to sweat it. “Don’t worry about that baby, I love babies,” he said.

But then, as the crying continued, Trump remarked: “Actually, I was only kidding — you can get the baby out of here. … I think she really believed me that I love having a baby crying while I’m speaking.”

This prompted a gusher of headlines about how Trump had “booted” a baby from his rally, fueling the media and pundits’ narrative that Trump was having a rocky post-convention week replete with missteps.

But upon closer inspection, the incident wasn’t quite so cut-and-dry.

Ebert told Fox News that after her baby started crying and Trump noticed it, she already had started making her way out the door.

She thinks this is when Trump made the second remark – which she suggested was just a joke.

“He’s got this dry sense of humor that everybody takes so wrong,” she said.

Ebert said she didn’t even hear Trump’s comments about getting the baby out, and only caught it when she saw it in the media after returning home.

Her reaction? “I laughed.”