"That personal connection, it’s -- and I hesitate to use this word -- but it’s almost therapeutic. It’s this -- something that is separate and apart from politics," he said, while appearing on "Morning Joe" on Thursday.

Both Biden and former First Lady Michelle Obama had that type of charisma, Meacham suggested. "One thing that the former vice president has that also Mrs. Obama has... is there is this emotional component, this sense of connection that is separate from the content of the political message," he said.

He quoted Biden saying that when he talks with someone, he tries to think about "what kind of pain" they're experiencing. 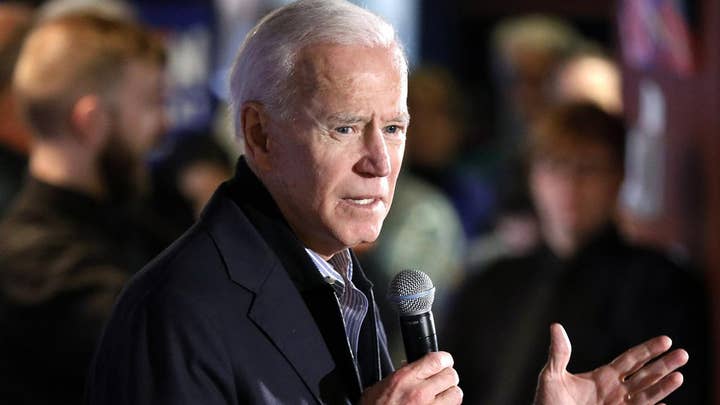 Biden's ability to connect, Meacham speculated, may not win him the 2020 presidential election, but could keep him "very durable" during the race.

His comments came as Biden consistently outranked other candidates seeking to challenge President Trump in 2020. In a poll released for Pennsylvania on Wednesday, Biden also led Trump by double digits.

Trump has repeatedly criticized Biden, calling him "Sleepy Joe Biden" in apparent attack on his presentation. "I believe it will be Crazy [Sen.] Bernie Sanders, [I-Vt.] vs. Sleepy Joe Biden as the two finalists to run against maybe the best Economy in the history of our Country (and MANY other great things)! I look forward to facing whoever it may be. May God Rest Their Soul!" he tweeted in April.