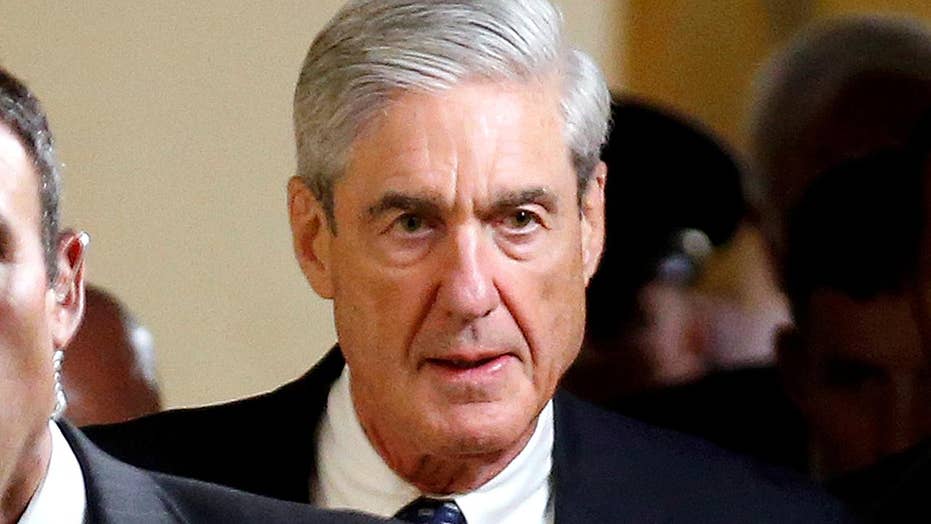 A personal attorney for President Donald Trump also said the White House turned over more than 20,000 pages of records to investigators, calling the level of cooperation and transparency “unprecedented.”

According to a summary of records and witness interviews reviewed by Fox News, 17 campaign employees -- plus 11 others affiliated with the campaign – also have spoken with Mueller’s team or congressional committees.

SESSIONS INTERVIEWED FOR HOURS BY MUELLER'S TEAM IN RUSSIA PROBE

The new details came on the same day that reports emerged of special counsel interviews with senior members of the intelligence community, including the director of national intelligence, Dan Coats; CIA Director Mike Pompeo; and NSA Director Adm. Mike Rogers.

The documents include privileged material of all kinds, according to the president’s personal attorney.

Robert Driscoll on signs Mueller probe is nearing its end

Trump’s presidential campaign has turned over 1.4 million pages of documents to Mueller’s probe and 28,000 pages to congressional committees.

Whether Trump himself will ultimately be interviewed by Mueller has been a topic of recent speculation. Earlier this month, Trump cast doubt on that possibility, saying it wouldn't be necessary since there was "no collusion" between his campaign and the Russians.

But on Wednesday, asked about an interview, Trump said he's "looking forward" to it.

Fox News requested comment from the special counsel's office but there was no immediate response.