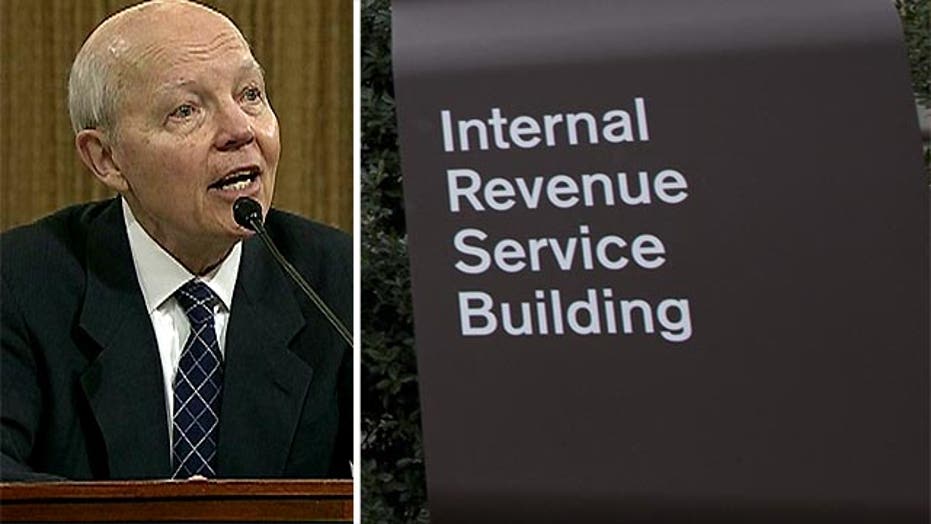 Taxing times for the IRS

Inside the problems plaguing the agency

The latest trouble for the Internal Revenue Service has emerged from a Treasury Inspector General report, which reveals some senior IRS executives should have paid taxes on expenses they ran up for out-of- town travel.

"Here were the top people doing what no other citizen can do,” Jordan told Fox. “You underreport income, you don't pay your taxes, you can't get away with it. And yet the very people who run the IRS were doing just that."

The IRS issued a statement saying, "Cutting costs is a top priority, and the IRS has put in place a number of steps to reduce expenses involving executive travel. The IRS agreed with (the Inspector General report’s) recommendations and has put in place new steps to prevent future issues in this area."

Meanwhile, the IRS has been complaining about a lack of resources.

The Obama administration sought $13 billion for the 2014 IRS budget, but Congress slashed it to $11.3 billion.

The number of audits, which generate revenue, has dropped, with less than 1% now facing extra scrutiny.

New IRS Commissioner John Koskinen told lawmakers earlier this month the lack of funding is having an impact on service to the taxpayers.

And now the agency is working on implementing ObamaCare.

"Those are very significant duties for the service, and in an era of tightened resources, frankly, everything else gets squeezed,” former IRS Commissioner Mark Everson told Fox.

"That's going to be a very daunting moment for them, let alone the enforcement mechanisms, so that's going to be… navigating that is going to be very delicate for the service. Particularly of the fact that this law is so, well, it's so controversial," said Everson.

"Now they're going to have a greater role in ObamaCare?” Jordan asked. “With a website that's not secure and all the problems we've already seen with this, with this legislation? Certainly doesn't instill a lot of confidence in the minds of taxpayers and citizens across the country."