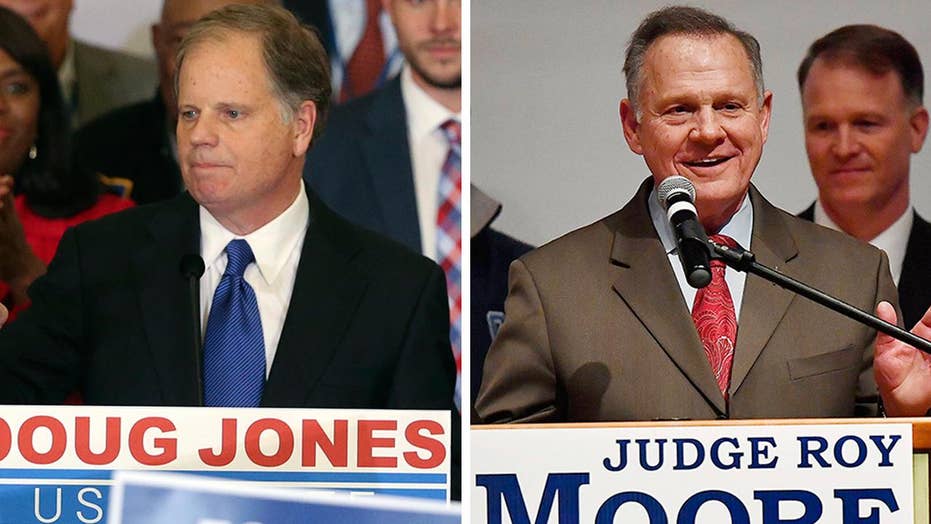 Spirited Debate: Dr. Alex McFarland and Ellen Ratner on the revealing nature of the Alabama Senate race and how is exposed not just a political schism but a religious divide as well.

A defiant Roy Moore told supporters on Friday that the battle for the Alabama Senate seat is "not over," despite President Trump, who backed him during the campaign, calling on him to concede.

Moore went on to email supporters asking for contributions to his "election integrity fund' so he could investigate reports of voter fraud.

"I also wanted to let you know that this battle is NOT OVER!" he wrote in the email.

Democrat Doug Jones on Tuesday defeated Moore by about 20,000 votes, or 1.5 percent, according to unofficial returns.

But Moore, who has been accused of sexual misconduct with teenage girls when he was in his 30s, has not yet conceded in the race to fill the seat that previously belonged to U.S. Attorney General Jeff Sessions.

Moore told supporters that the race was "close" and some military and provisional ballots had yet to be counted. Those are expected to be counted next week.

Moore said his campaign is collecting "numerous reported cases of voter fraud" to send to the secretary of state's office.

Secretary of State John Merrill has said it is unlikely that the last-minute ballots will change the outcome of the election or even trigger a recount.

Merrill said his office has investigated reports of voting irregularities, but "we have not discovered any that have been proven factual in nature."

Trump, who had endorsed Moore, called Jones to congratulate him on his win. Trump on Friday said that he believed Moore should concede the race.

The results of Alabama's Senate race will be certified between Dec. 26 and Jan. 3 after counties report their official totals.

Trump, for his part, appeared to be looking to the future.

"I think he should [concede]," Trump told reporters at the White House. "I want to support the person running. We need the seat. We'd like to have the seat."